A motley crew of publishers, booksellers, NGOs and education companies descended in Hong Kong this year for the 2017 Book Fair. This odd mixture is nothing new (as we noted in 2015 and 2016), and if anything this year’s fair was a more muted affair with fewer dazzling displays, only one large-sized English-language booth, and a rather paltry accompanying exhibit loosely themed around “travel.” This dampened atmosphere may stem from the fair’s new-found political utility: as this SCMP advertorial states, “Leaders using Hong Kong Book Fair to get youth on same page a win-win situation.”

Nowhere was this more apparent than at the enormous Commercial Press booth, which had a special display setup to promote the “brilliance of civilization” of the new chief executive of Hong Kong’s highly-controversial Palace Museum:

There were, of course, still other voices in the room. Indie publishers continued to stock books about the Umbrella Movement of 2014, and both Hong Kong University and the Initium featured works by Liu Xiaobo.

More than ever, I was drawn away from the mainstream publisher/bookseller booths, and towards the smaller players clustered on the left side of the hall. Even though the big players had the biggest booths, their displays were the some of the most densely packed, and had the least amount of editorial focus – they were clearly there to sell books in bulk, at a discount, and to cater to the teens and adults who had arrived ready to fill their wheeled luggage cases.

One notable exception was the Ming Pao publishing group, which managed to carry multiple sub-brands within its booth. Merchandise included collectors’ toys as well as a snazzy chengyu guide featuring the Putin-bear meme. 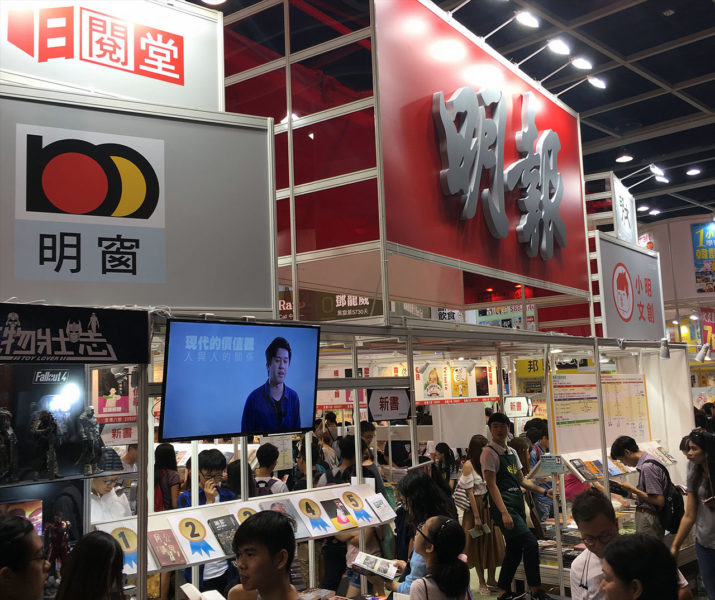 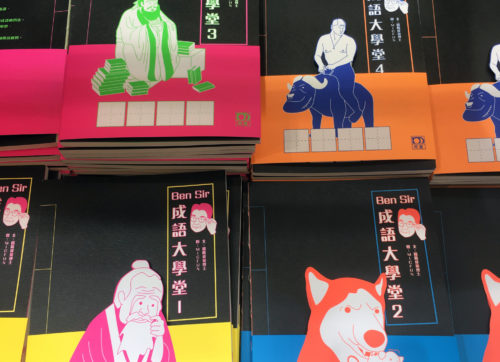 As with last year, the 100Most and Blackpaper booth created a dominating presence in the back corner (this year’s theme: “love in the sea of books”), with lines going around the booth just to pay for their books. 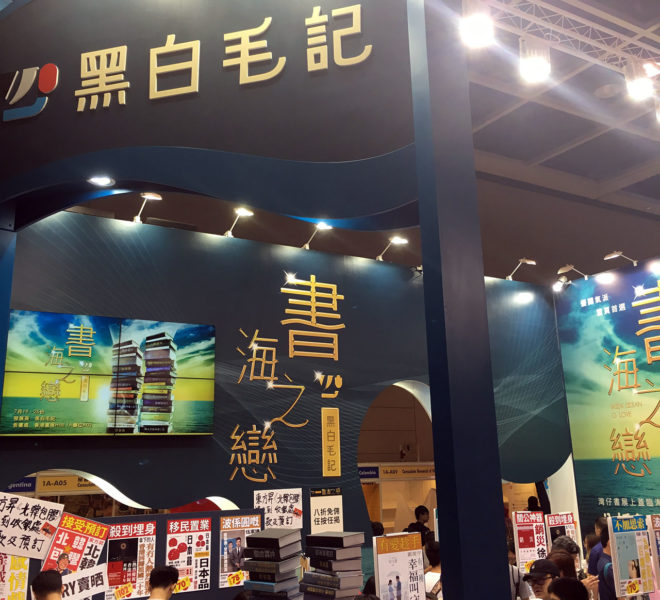 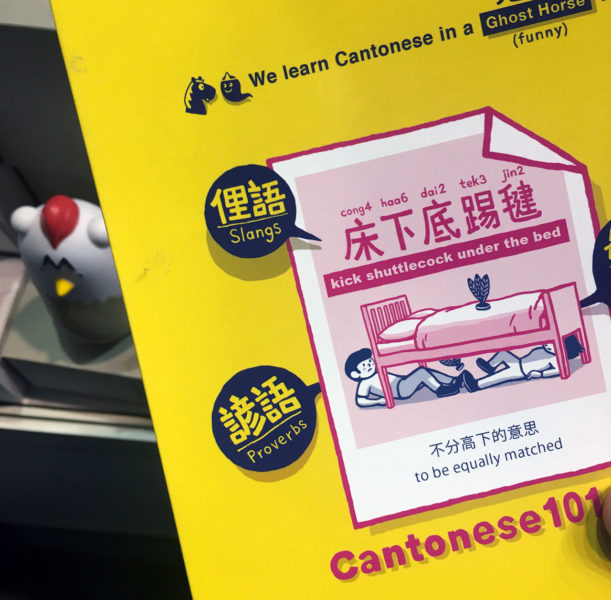 Though it was the 香港日常 booth that had the most solid display of serious, locally politically-relevant works. 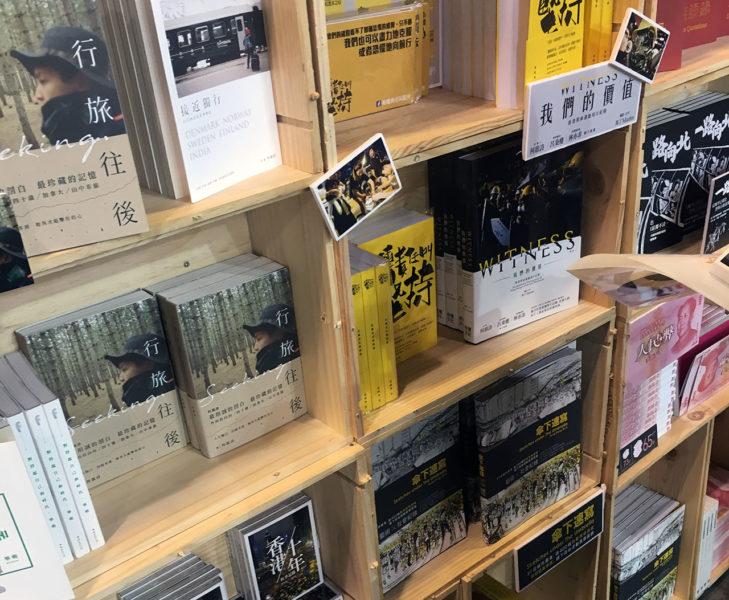 Meanwhile, Passion Times continued to be on-brand (even if no works caught my eye this year)… 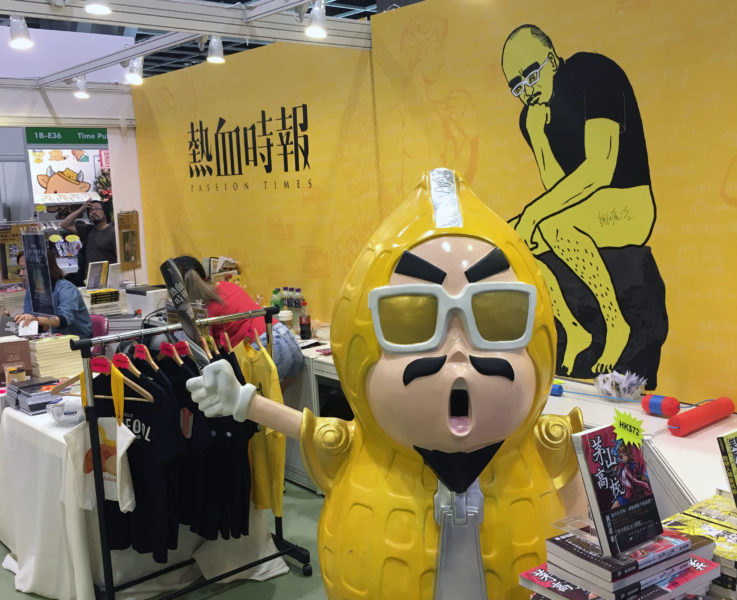 …and CUP released some interesting new works this year, such as a companion novel for a locally-produced game (left) and a quirky book that uses tabletop board games to explain life in Hong Kong (right). 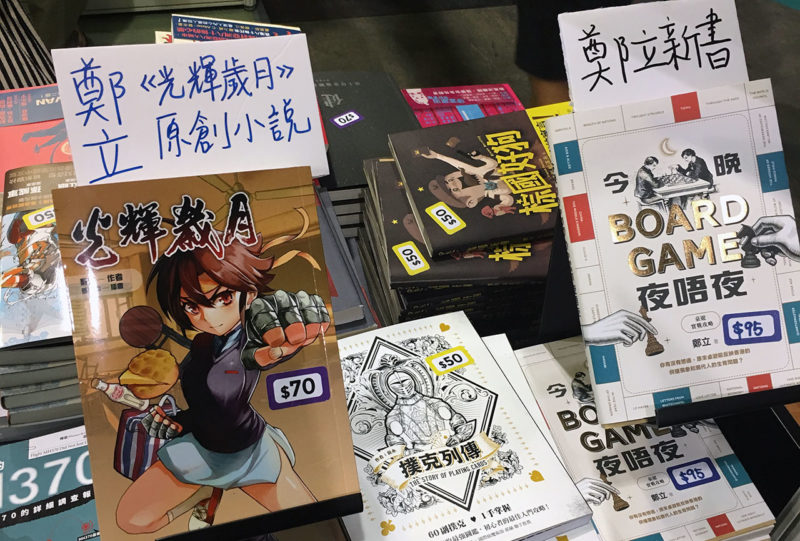