Oamul (卤猫/Lu Mao) is a 27-year-old illustrator based in Xiamen, China. He’s animated in person, quick to laugh and constantly bolting out of his chair to show me something he’s working on or offer me snacks. He’s also a big deal: since starting to illustrate seriously just five years ago, he’s amassed 29,000 fans on Chinese micro-blogging platform Weibo and 80,000 followers on Instagram while publishing three creator-owned books. Along the way, he’s also worked on a number of high-profile creative collaborations — illustrating novels, making stamps for the U.N., drawing a Google Doodle for Chinese New Year, and creating a sticker set for WeChat.

Oamul’s work — mostly paintings and watercolors, but also GIFs and longer animations and even the occasional hand-carved sculpture  — is lush and warm, sometimes portraying characters in (super)natural wonderlands and sometimes just recreating his surroundings through a soft lens. His work is emblematic of 小清新 (xiao qing xin) style, a Chinese twee-esque aesthetic that embraces childlike innocence and natural fibers; the Little Prince as interpreted through a Scandinavian toy store.

Last September, I talked with Oamul in his apartment-turned-studio to talk about what it’s like to make a living as an illustrator and the creative squad he’s assembled along the way. The following is selected from that conversation, and translated into English from the original Chinese.

What’s your background? Did you always want to be an illustrator?

I always liked drawing when I was younger, but I had no idea it was something I could do full-time. I didn’t even know the word for “illustrator” (插画家) when I started! My only official training comes from those run-of-the-mill art classes in high school — the kind where you learn basic watercolors and sketching, and then there are tests.

I studied interior design in college, and it wasn’t until after I graduated and moved to Xiamen that I ended up befriending a lot of illustrators and started to draw again. That was around 2010 or 2011: I was working as an animator at a company that made little “fight fight kill kill” Flash games at the time, and in my free time I just started doodling and painting and posting the results on Douban (CX: Douban is a Chinese web forum that has a similar community-feel to Tumblr). A friend told me that my work was good enough to maybe earn money off of, so I just started trying it out. Eventually, publishers started contacting me and asking to put my work in magazines. In 2014, I quit my job and started illustrating full-time.

How did your family take that?

I’d actually spent about a year preparing before I quit. They knew that I wasn’t an impulsive person, so they supported my decision.

What are your major influences as an illustrator?

Nature has always been a big inspiration. My ancestral hometown is a small town in the mountains, so growing up I spent a lot of time around mountains and plants. These days, I like to pick places with really unique natural landscapes when I go traveling.

I’ve also always really liked an artist named Oliver Jeffers — his books have had a big impact on my style.

How do you support yourself as a full-time illustrator?

For me, it’s a combination of editorial client work and selling my own merchandise and products through Taobao and other places. 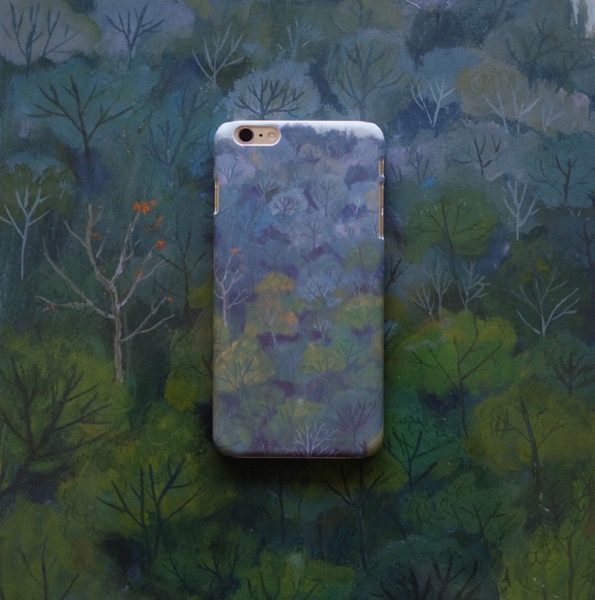 I’d like for more of my money to be made through my merchandise, but it’s a lot of work. I just hired a part-time assistant who comes on nights and weekends to help me sell and ship stuff, but before then I had to work on every aspect of the merchandising by myself, from design to production to fulfillment.

And then there’s production: even though there are a lot of manufacturers and printers in Xiamen because of all the art schools here, it can be tricky to find places that really care about quality. To be honest, most of my customers probably don’t care whether the colors on a print are just right, but I have to have my own standards!

So, for now, most of my income still comes from my editorial work. I do some work internationally, but most of my clients are still Chinese companies — the international market for illustrators is much more competitive and the prices are standardized. Within China, companies care a lot more about cross-promotion, so they’re willing to give me better rates for having a big fanbase on Weibo, for example.

I don’t have a very disciplined routine when it comes to drawing — I always want to draw, so I’m always drawing. When I’m starting work on a new piece, I spend a lot of time zoning out and imagining how I want it to look in my mind before I start drafting. Most of my process is zoning out!

You also managed to go from making drawings online to publishing a book—how did that work?

My first book, I Found a Star, was actually kind of accidental — I was drawing lots of little stories and sharing them on Weibo, kind of as a loose series of online comics. Eventually an agent got in touch and said I should collect them into a volume, so I started exploring that option and put out the book in 2012. In 2015 I published my second book, Feribo, which is about a fox who falls in love with a rabbit and has to become more carrot-like. Feribo’s like my son, and I’m still focused on telling his story and making him more popular as a character.

What other platforms do you put your work on?

I put my work everywhere, just in case. These days, my work gets the most attention on my WeChat subscription account and on Weibo.

Of the foreign platforms, I find Tumblr useful because I can follow a lot of illustrators and see their work. I also occasionally go on Vimeo to find beautiful animations, but both of these sites are sometimes blocked in China so I have to VPN out to surf them. Behance is useful mostly for finding foreign clients.

Do you have a community of illustrators you talk to and share work with?

Thanks to the web, all of the illustrators in my general scene online know each other. But it’s not just illustrators who are part of the creative community — it’s fashion designers, authors, photographers, etc. who all share a certain aesthetic and set of interests. We all started out as strangers who had a mutual appreciation for each other’s work, but now we’re close friends and collaborators. When I travel to their cities I’ll hang out with them, or sometimes we’ll organize a group trip just to see each other!

(CX: I actually ran into Oamul in Shanghai a few weeks after this interview—he had flown up to attend his London-based friend Momo Wang’s fashion show for her brand, Museum of Friendship.)

Even just in the last five years, it’s become a lot easier to pursue illustration as a career in China. When I was in college, you could study design but not illustration, but now it’s a separate track of study at lots of colleges. I have no idea how many full-time working illustrators there are in China these days, but it’s definitely more and more.

What kind of collaborations have you worked on with this creative friend group?

I like working on physical products in addition to my own art, especially when I’m collaborating with friends I admire. A few years ago, I worked on a line with [Xiamen-based fashion brand] Uncle Mo. I’ve also produced mugs with another Xiamen-based design brand, Yizhi — I think their designs are really good, and they’ve figured out how to produce high-quality stuff and distribute it around the country. 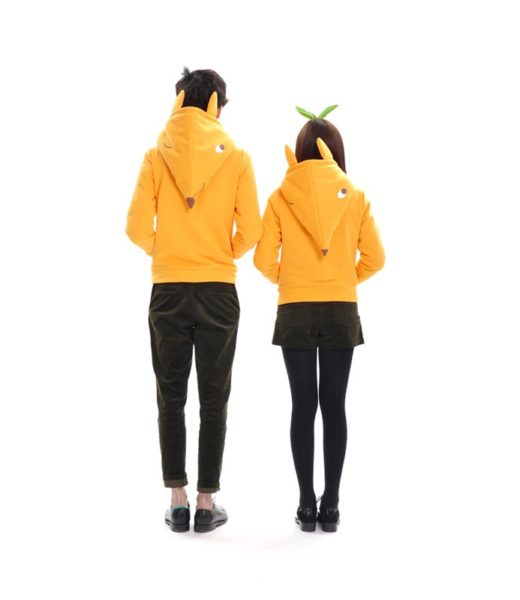 What are you working on these days? What’s next?

I’ve been kind of lazy recently! Mostly, taking a break after my last book to work on my own stuff and not working for money. It’s still way more fun to draw for myself, of course — client work always comes with limitations.

As for the future, I’m mostly interested in continuing to elevate my art. I’m now working on putting together my first solo exhibition. On the business side — I believe that making money is necessary for giving me even more freedom to draw, because if you don’t have the means to survive, you can’t create. So I’ll keep doing the things I need to do to make money.

And anyway, if I stopped doing client work, I wouldn’t be able to travel! I went to Iceland last year for the second time and drove to the glacier lake and back. It’s so beautiful but the water is smelly!

This piece is a part of Multi Entry, a decentralized collection of stories and media about the creative young people of modern mainland China and the culture they’re creating. It was originally published on Medium.