Mr. Fan Jianxiang, who owns “Oriental Tea House” restaurants across Russia, is also a passionate collector of about 400 pieces of Soviet Union realism art works, mostly from the Soviet Union period since 1931, and mostly in Socialist Realist style.  Mr. Fan has opened a gallery at Chingning Library in Shanghai. This gallery will open formally in June and charge 20MRB/ person. It is
at Tian Shan Road 356, Chingning District, Shanghai, 3F.

The show was reported in Shanghai Daily, but there are few other reports yet.
Mr. Fan’s son has just begun thinking about making a website and
setting up an academic forum for his father’s gallery, but
he didn’t realize or expect the internet would help to attract more
people’s attention to his father’s collections.

I am interested in what various people would think of this Russian
art nowadays. As a typical young person born in 1980s, I might have
fewer emotions than those elderly people as Mr. Fan when looking at
those Soviet Union artists’ works, and maybe it was difficult for me to
understand those veins, whereas I was fetched by the images and
splendid scenes…
I hope more and more people will get to know Mr.Fan’s great action,
discuss it, and express their thoughts about these precious arts in an
efficient way, such as on the internet etc, otherwise, I am afraid
those spirits conveyed by the art works would fade from people’s memory
in this fast developing and commercializing society…I am expecting to
see Mr.Fan’s son’s online gallery to show his father’s collections, at
the same time to hear some interesting comments from locals or even
other countries, including Russia and America.

Those Russian paintings really impressed me a lot. The Russian artists expressed their emotions about living in the Soviet Union; many suffered suffered through World War II and and later painted their experiences.  While the Socialist Realist style may not be so fashionable today, here is a lot of fine art that will appeal to Chinese and Western viewers.

Here are a few of the paintings in the gallery, reproduced here by permission of Mr. Fan’s son. 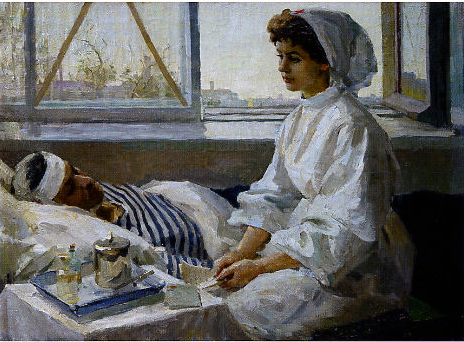 Mr.Fan hunted for this painting for 6 years. He was attracted by the painting at the first sight, so he tried to find the dead painter’s wife, who was already in her 80s and living in the US. For her, this painting is the invaluable treasure from her husband. However Mr.Fan told her that he would put the painting in a gallery to remind people of that period of time, and to get more response. He persuaded her finally to let him show the painting. 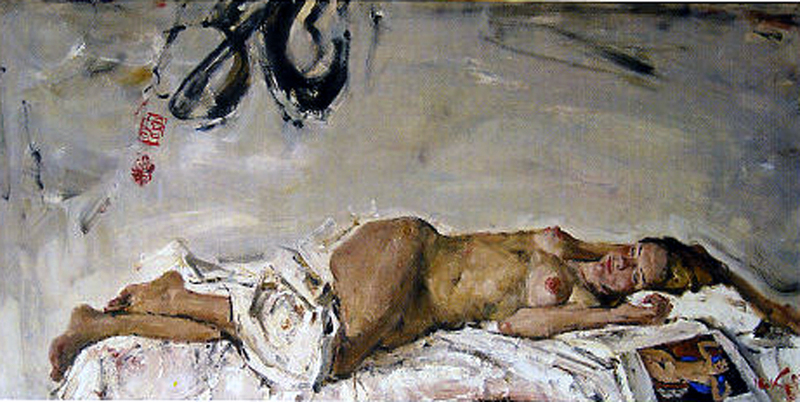 This is my favorite painting…No wars or politics, all in peace, elegance and harmony.
You can recognize the character ‘Long'(Dragon) on the back wall. Mr.Fan’s son told us that this expressed the artist’s emotion about Chinese culture. Is it a Socialist Realism art work? Very interesting and smart combination of Chinese culture and western art.

More paintings below the jump:

This is another painting of the same artist, who obviously has deep Chinese emotion
: 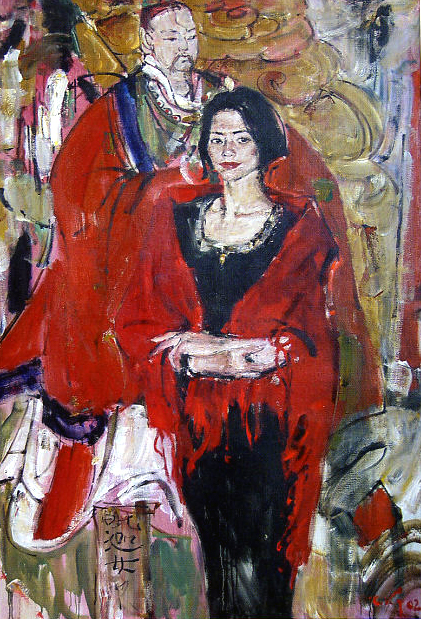 Here are some other paintings shown in the gallery hall. 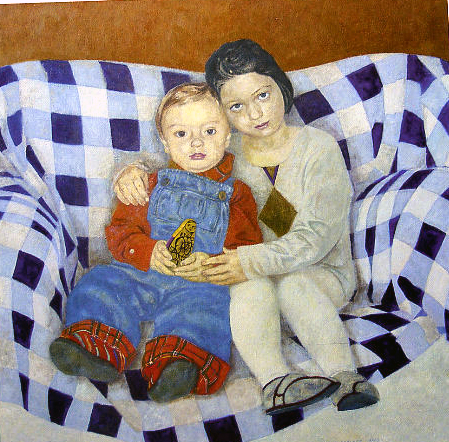 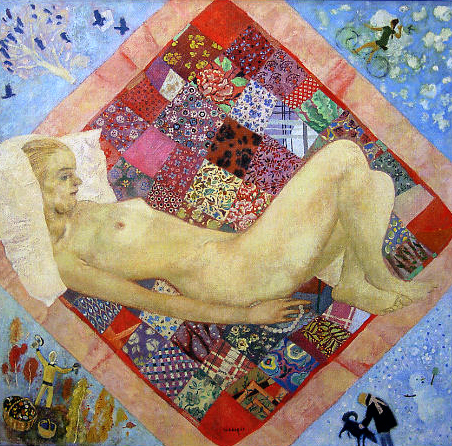 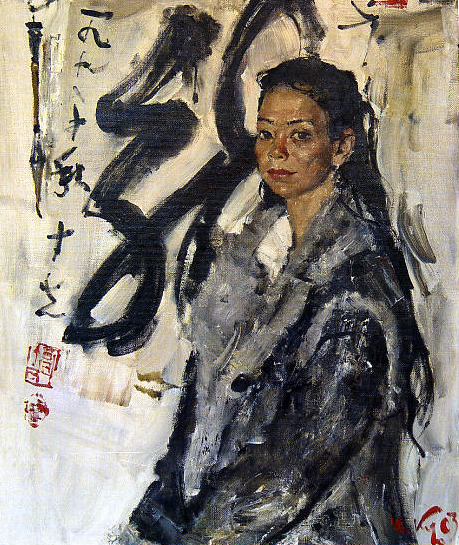 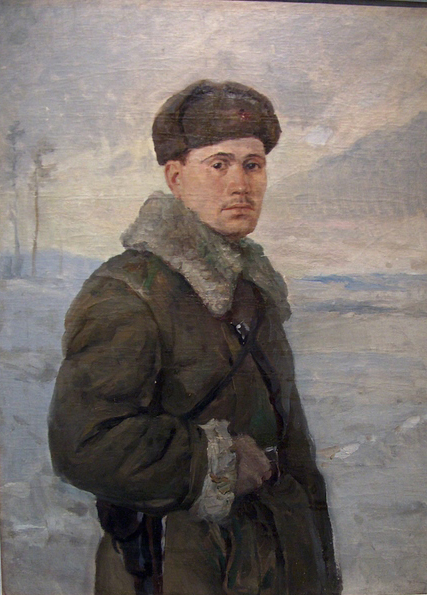 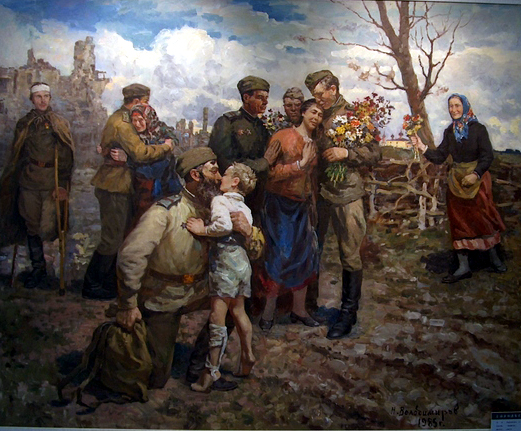 When we were about to leave, Mr.Fan’s son gave me a newspaper which there’s a Chinese article reporting his father’s gallery. 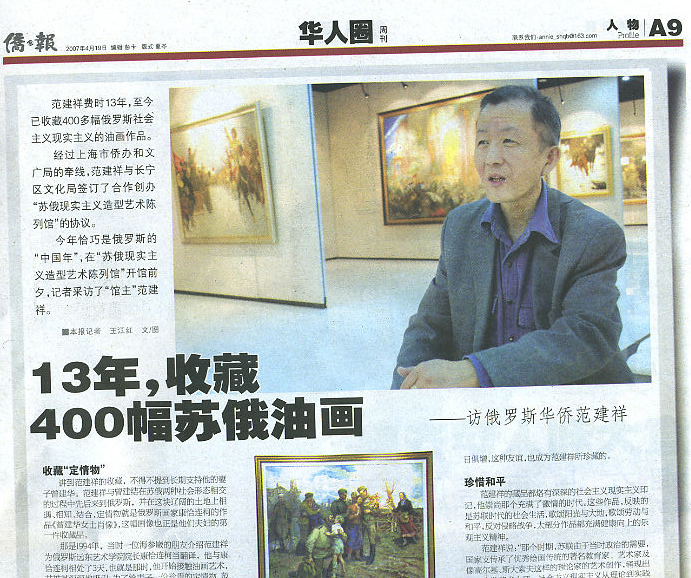