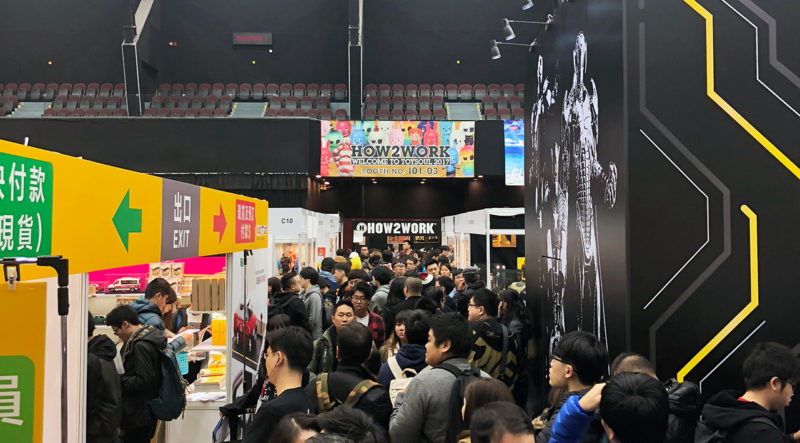 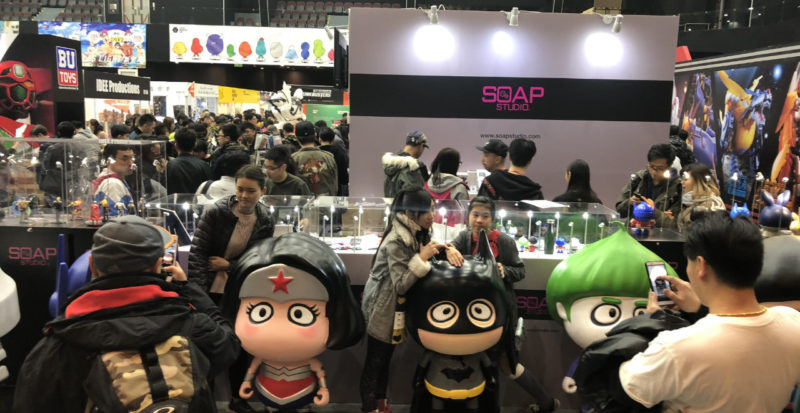 This was my first year at Toysoul, but the fair’s third year in operation. Billed as the “Asian Toy Fair,” this Hong Kong-based mostly-vinyl toy festival comprises products and designs from Greater China, Japan, Korea and Thailand. In sharp contrast to the more established ACGHK, Toysoul was a more focused and curated experience, and one that wasn’t dominated by big foreign brands and popular Japanese manga characters. Not only were the local creators well represented (see the Justice League x b.wing crossover above), many foreign creators specifically designed limited editions for the Hong Kong event.

For example, Sticky Monster Lab designed a one-off collectible that was later auctioned off: 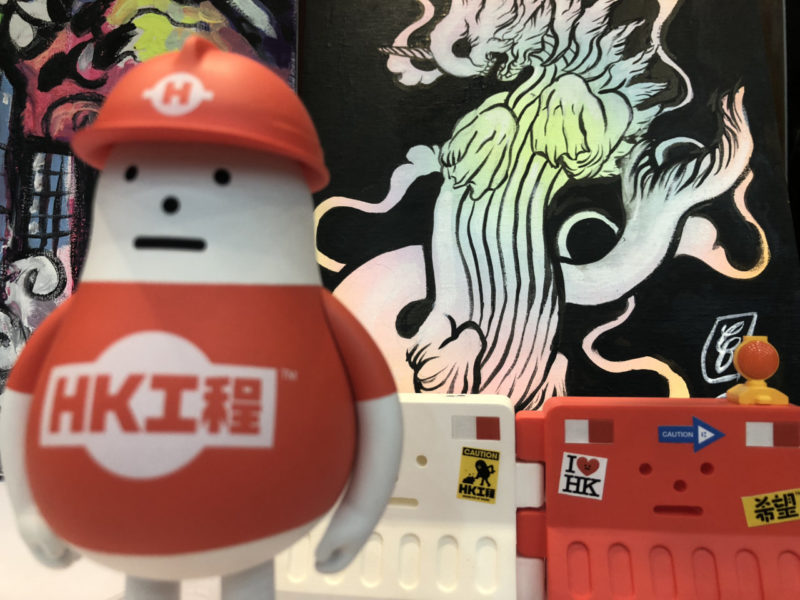 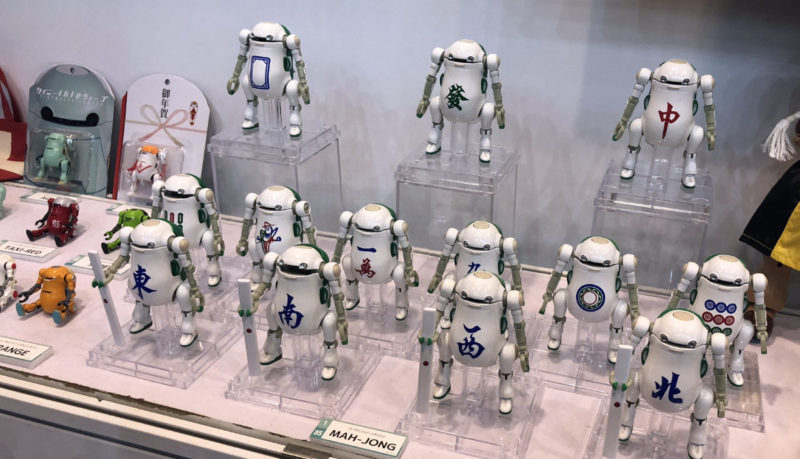 The exhibit hall was buttressed on two ends with a gigantic Sony Playstation booth and a sizable Tamashii Nations stall, but the main middle section had a lively selection of brands big and small, and there was even a lively indie creators booth in the back. There was also a healthy number of cosplayers, both in the space and in the adjoining mall. Here is one troop that weren’t afraid of having their photo taken: 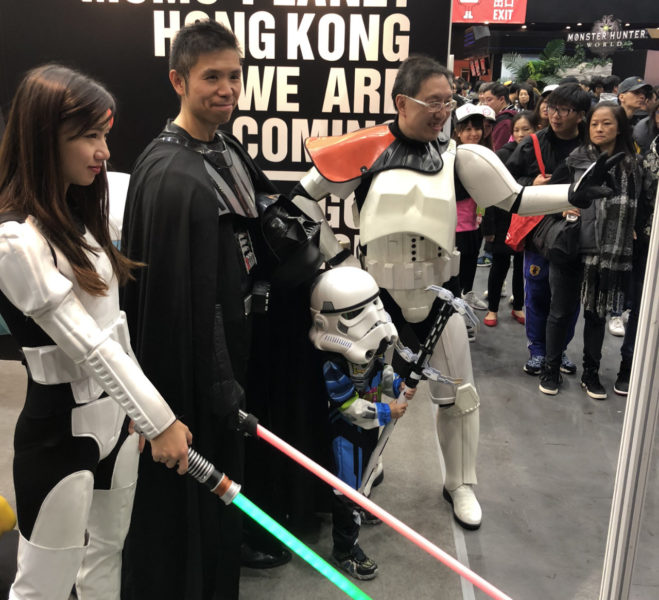 The most consistently mobbed booth was hometown favorite Tiny, who recreated Hong Kong street life at an almost photo-realistic level: 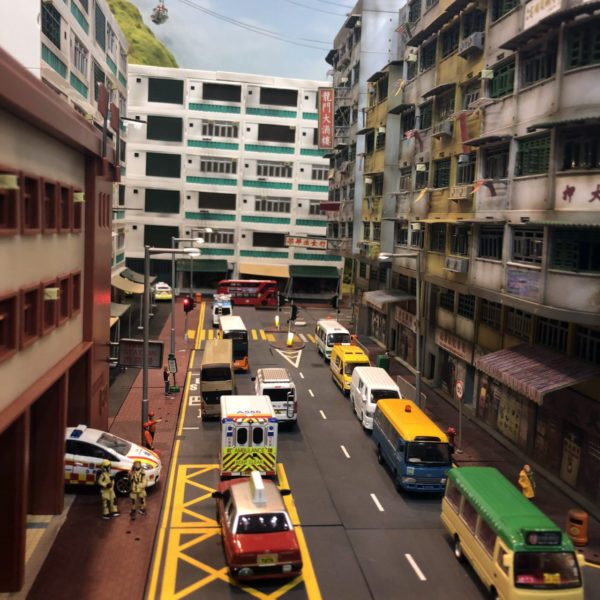 Possibly the most hotly sought after items was Kaori Hinata’s Morris: The Cat with Antlers, which were long gone and sold out by the time I arrived: 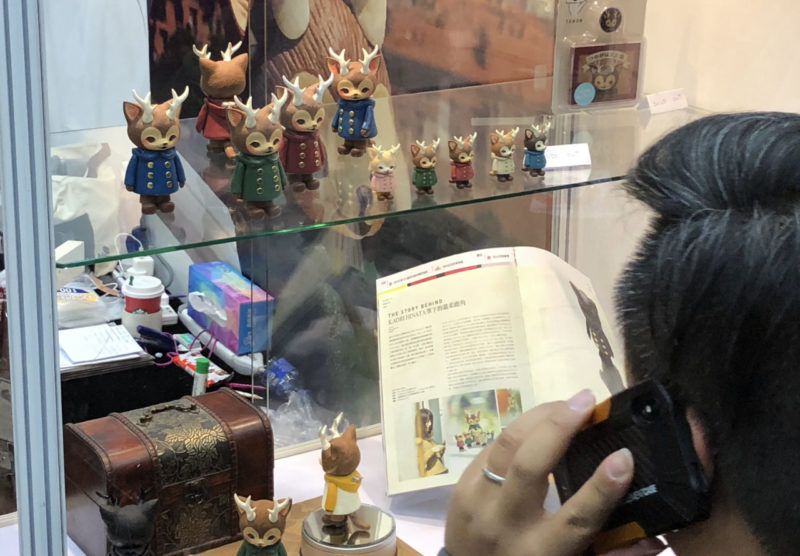 Though I’d be hard-pressed to know whether it was Morris or Konatsuya‘s godzilla kittens that were the fan favorite (a long procession of fans gathered to have their Konatsuyas signed by their creator): 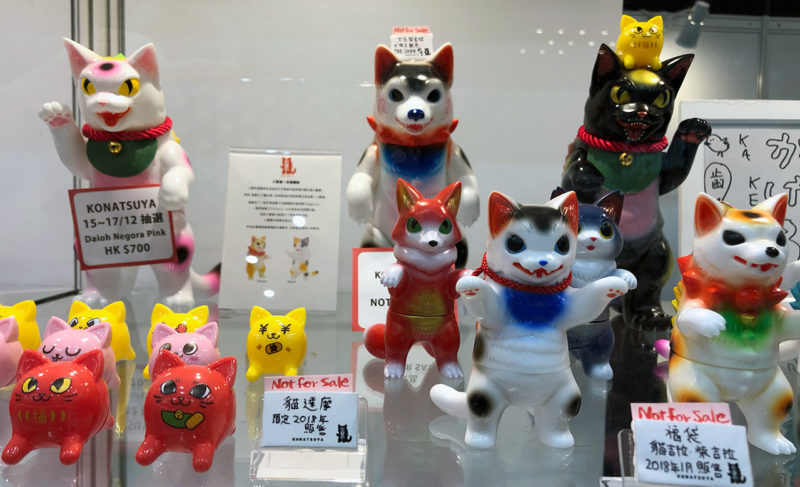 What was curious was that several Korean toy booths I talked to were all staffed by teams from Mainland China. They had secured the distribution rights to some of these brands, and, in some cases, created simplified Chinese packaging and marketing materials for them. Given Hong Kong’s prominence as an international port, I was surprised there wasn’t a local distributor or that the toys didn’t come directly from Korea.

The indie creators section had a diverse set of participants, but I was particularly impressed by a handful of Hong Kong-based creators such as Don’t Cry In The Morning: 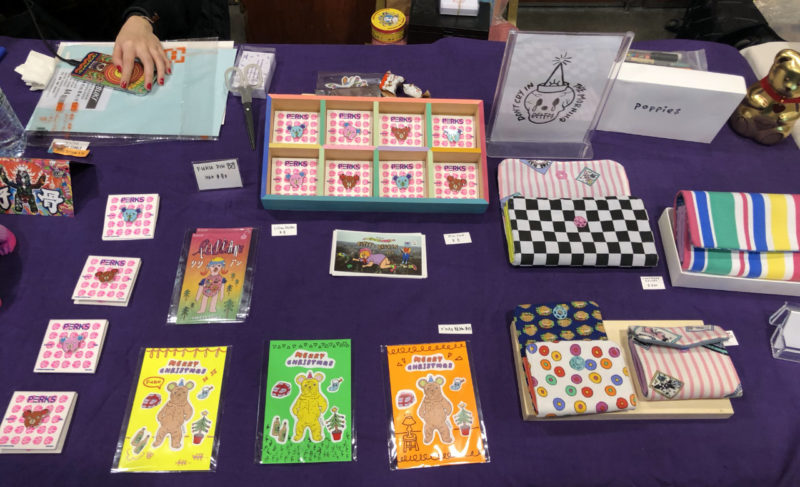 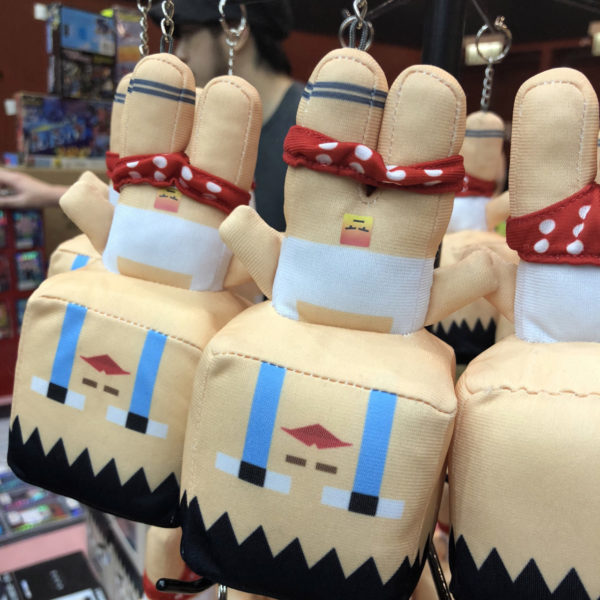 Though I didn’t know how to feel about having the borderline misogynist term “Kong girl” immortalized as an action figure.

The quality and diversity of the toys on display bear well for Toysoul. Even though it only managed to capture a handful of Asian countries, its regional focus has created some breathing room for indie creators and given a platform for interesting mid-sized brands that wouldn’t have the budget for larger and/or further-away fairs. Given that much of the creativity in vinyl/collectible toys happens at the small-to-medium scale, Toysoul is doing a very good thing by narrowing their focus and promoting regional creators.