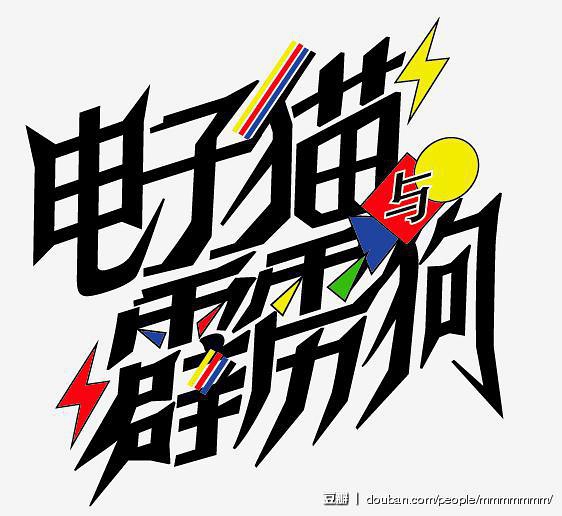 The main highlight of Electrocat and Lightning Dog is definitely its illustrations. Its non-sequitur plot, slapstick characters and imaginative setting are interesting enough, but its fine linework and dynamic colors are almost always dazzling. 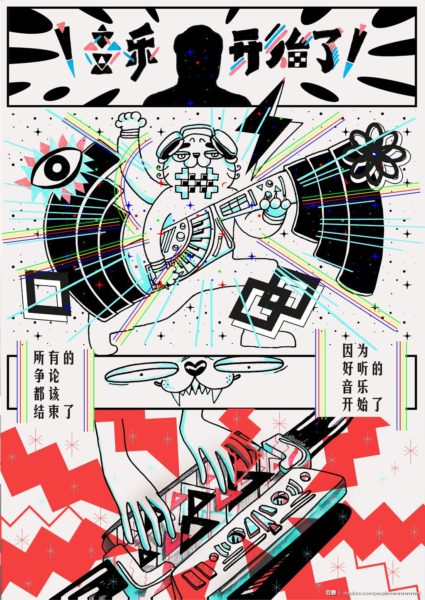 This psychedelic effect meshes surprisingly well with the comic’s sci-fi setting and erratic characters. Unfortunately, the drawing quality droops a little towards the end of the second volume, where, as the author admits, the plot also loses steam and grinds to a halt.

In a TCJ feature on Chinese webcomics in 2015, Bu Er Miao declared that Douban was the only site where she was interested in publishing her work. But in the same article and elsewhere on social media, she’s also confessed that the earnings from the Electrocat and Lightning Dog e-book were underwhelming, and that her audience for it did not balloon as she hoped. Since then, she too has made the slow shift over to WeChat, where she posts several times a week and where Electrocat and Lightning Dog is given out as a freebie for new followers.

Purchase an e-book of part one from Douban, or read both parts for free on the author’s Douban albums page.