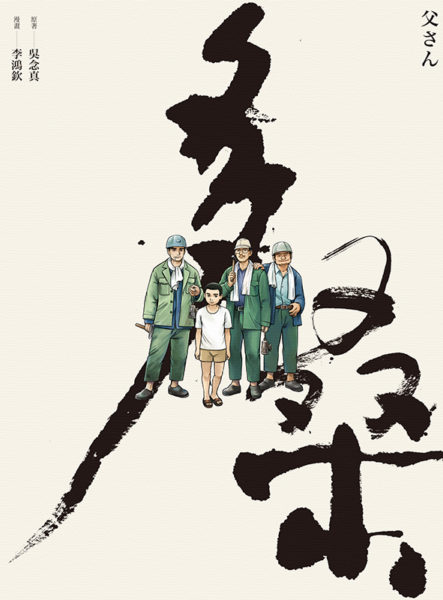 In A Borrowed Life, esteemed Taiwanese writer-director Wu Nien-jen pays tribute to his working-class father by telling the latter’s life story. His story was made into an award-winning movie way back in 1994 (also called A Borrowed Life), and now it has been retold in comic form. The graphic novel has a grand, sweeping, filmic quality that’s rare for the medium, particularly as a work of non-fiction. Set largely in a rural mining town in Taiwan and told from Wu’s perspective, the story follows Sega (Wu’s father) through various joys and hardships in the decades following the Second World War. 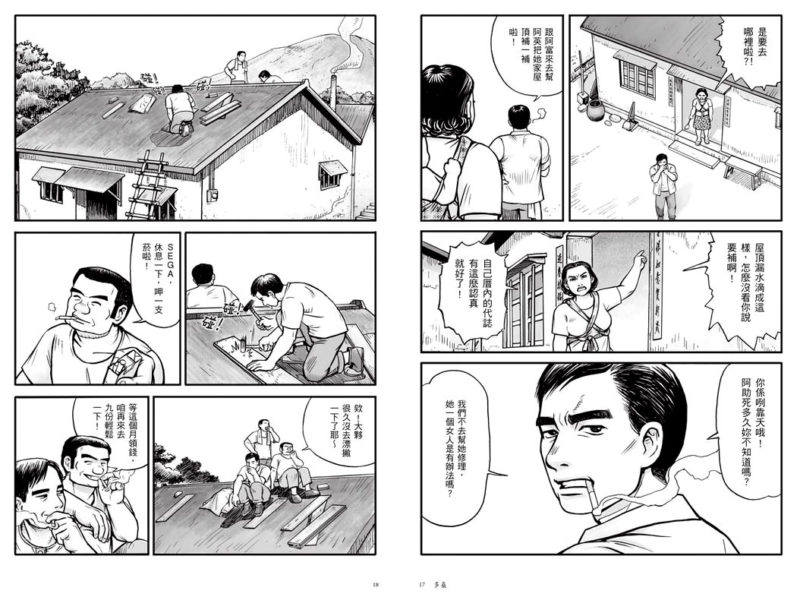 At its core, A Borrowed Life is a portrait of a flawed but highly admired patriarch. Early on, Sega is introduced as a tough guy, a man’s man, silent, stoic, and handsome. Cracks soon appear in this portrait however, and the way they grow and mend over the ensuing decades becomes an integral part of the plot. Yet the book rarely strays from its perspective of the adoring son, and at times the doting father-son relationship borders on saccharine (all while the mothers, wives and daughters in the story are relegated to the sidelines). Luckily, no punches are pulled when it comes to the bleakness of life in the mining town and the stories of its residents, which gives a powerful and visceral edge to the story. 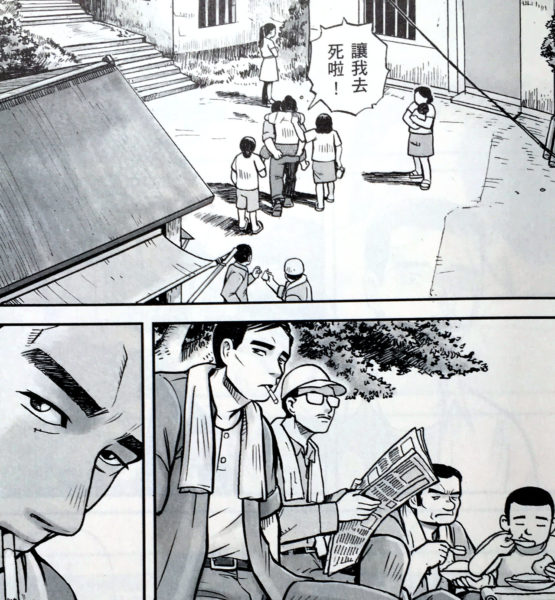 Lee, a veteran comic artist in his own right, does a formidable job with the illustrations. The pacing and dramatic reveals are solid, the characters are animated and the backgrounds are lush with detail. My one gripe is that his drawing style felt, at times, too clean for the subject matter – that the stark, clean lines and copious white space didn’t gel with the rural, mining-town setting. Having said that, his precision and skill are undeniable.

Together, Wu and Lee have made a great work: A Borrowed Life is a sublimely-executed and ambitious comic memoir, which is a rare sight in the world of Chinese comics.