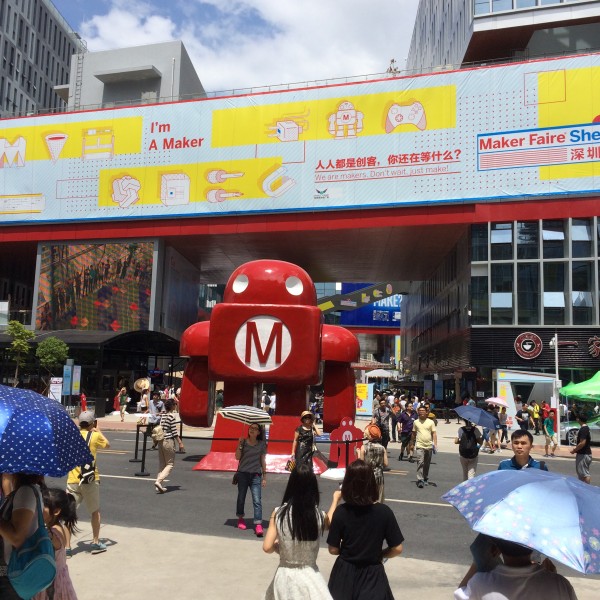 Now in its fourth year, the Maker Faire Shenzhen was bigger than ever. Aside from ever-larger booths and robot sculptures (see above), there was also a much larger corporate presence from sponsors, and, given Premier Li Keiqiang’s recent interest in “maker culture,” probably a great leap in government support. In short, Maker Faire Shenzhen has grown up.

As with Maker Faires in the past, we had multiple booths selling various:

There was, as expected, an uptick in drones, and probably a slight decrease in 3D printers (though still a lot). But, since none of us are experts on 3D printers/drones/arduino/LEDs, what interested us were the inventions at the margins.

The most original and Chinese booth was undoubtedly 老李的创作坊 (“Old Li’s Creative Corner”), which debuted their LED Abacus Clock. It’s a digital clock that displays digits as beads on an LED abacus (bottom left of photo):

Conversely, the most absurdist display was from a 3D printing booth that managed to fit the Incredible Hulk, Vladmir Putin and the QQ penguin all in one glass box:

People really liked this robotic hand demonstration – hand on the right mirrors what the hand on the left does:

Looking Glass had a really neat display set up of their L3D cube (full disclosure: I’m friends with one of their founders):

This diaper/baby monitor was also a hit, despite some seriously scary-looking baby mannequins: 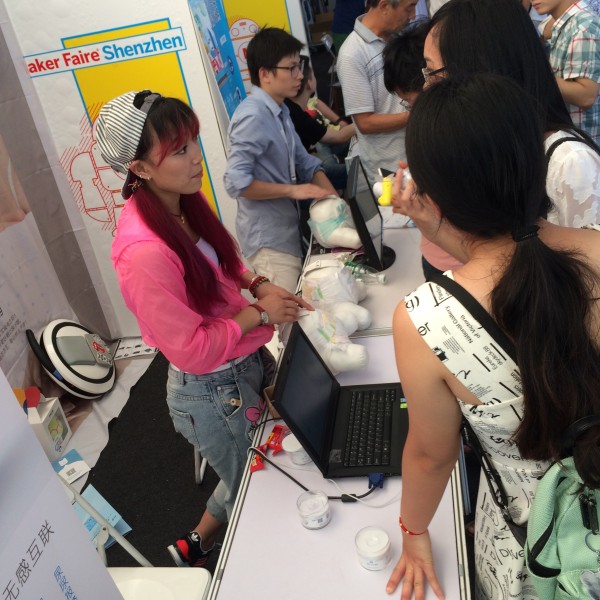 This mysterious “sports toy” booth did so well they sold out and closed shop: 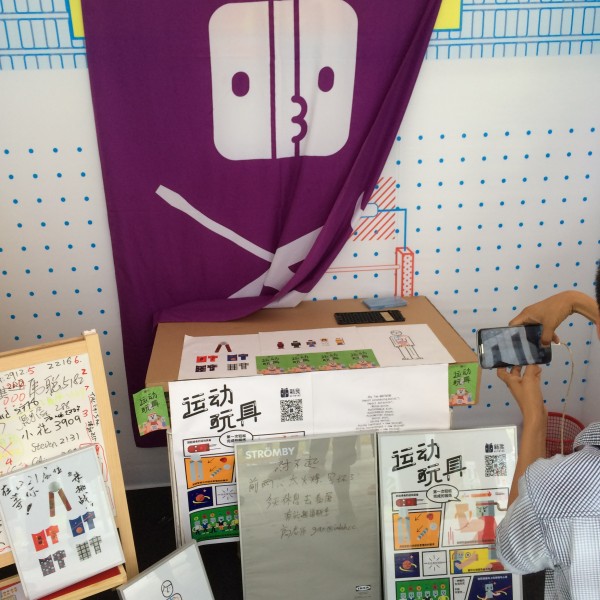 We also stumbled upon a poster for a group for women in tech:

We learned that there is now a Chinese Uber for… calling in people to bathe your dogs:

Last but not least, our very own, Lyn Jeffery, gave a talk about a rosy future for Shenzhen in 2025 as a learning rather than maker city, as automation eats away at the jobs of today: