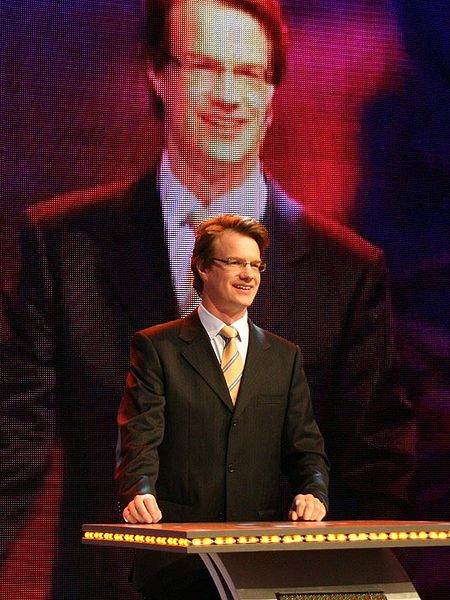 From Quora, response written by Dashan (Mark Rowswell), the Canadian man that appears in all sorts of Chinese advertisements and TV shows with a mouthful of fluent Mandarin.

Why do so many Chinese learners seem to hate Dashan (Mark Rowswell)?
He seems like a nice guy. Does he secretly eat children or something?

Excerpts from his reply:

Thanks for the question, which I’ve followed for some time but thought best to let others speak first. In fact, this question has come up many times in my 20+ year career in the Chinese media.

Very early on, only a few months after my first television appearance in 1988, I was in the university cafeteria line-up when two American students in front of me started joking to each other by saying “Hey, are you Dashan?” and “You’re Chinese is almost as good as Dashan” etc. I laughed along and explained, “Yeah, I actually get that one myself a lot, really annoying.”

“You think it’s annoying? Hey, at least you ARE Dashan! Imagine how annoying it is for us?” the American student exclaimed. I realized he was right.

Many years later, Kaiser Kuo wrote to the effect (I’m paraphrasing) that: “Dashan seems like a nice enough guy, but for some reason every once in a while I have the urge to punch him in the face.” I thought that was a pretty fair statement. There has always been something of a Mr. Rogers quality to the Dashan character – he’s such a nice guy you sometimes wish he’d make a cameo appearance in a horror movie just so you could watch him get ripped to shreds, and then replay it over and over on YouTube.

I often say that being a celebrity or a public figure is not who I am, it’s just what I do. So it’s important to be able to stand aside and analyse your public image as objectively as possible. That’s why I often speak of Dashan in the third person; he is me, yet he isn’t.

And, no, I don’t eat children (human children, at least).

Read the rest of his incredibly long and articulate response here. (Via Micah Sittig.)