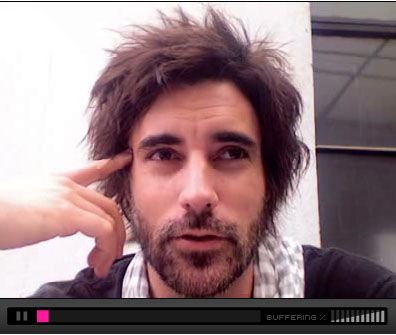 Aricsqueen. He’s from America, but living in China. He video blogs a “Shanghai Diary.” His mission is to give an alternative and honest view on China. The news and views typically take a critical position on China; stories include how an American got jailed in China for, a watchdog piece on pre-Olympic changes, and a preview of five Chinese rock bands.

The citizen journalist format is interesting , but in this case, sometimes the white American dude point of view has its limits.

I’m late to the show, and Aric’s currently on a break from Shanghai/China.

Luckily, it’s still all online and hosted by Current TV: See episodes from the series here.

(Thank you Parisa from CurrentTV for sending this over, and Micah for correcting me on some details!)