Mafia is a decently well-known game within role-playing communities. To put it succinctly (see wikipedia for a more elaborate explanation of the game), it’s a game played by a group of people in a living room, where people are secretly assigned mafia or innocent roles.

During each turn the innocents have to suss out which people are mafia and vote to kill them. At the end of each turn, the mafia gets to choose to kill another innocent. The game ends when only mafia or innocents are left alive.

Sometimes this live-action game is played on a forum, or even through IM.

And then (according to press statements), the game was brought to China by a foreign student who was in Silicon Valley.

Exhibit A: http://killer.uland.com/
The game was transferred to forums/chatrooms in China and the avatars were dolled up. They also added a new cops role (making it cops, killers and innocents).

Exhibit B: http://www.ss911.cn
These people dolled it up some more, stole some graphics from existing games and created a spiffy GUI for it. They are currently setting up the ability to buy items for your character (making them look prettier or have new special weapons). 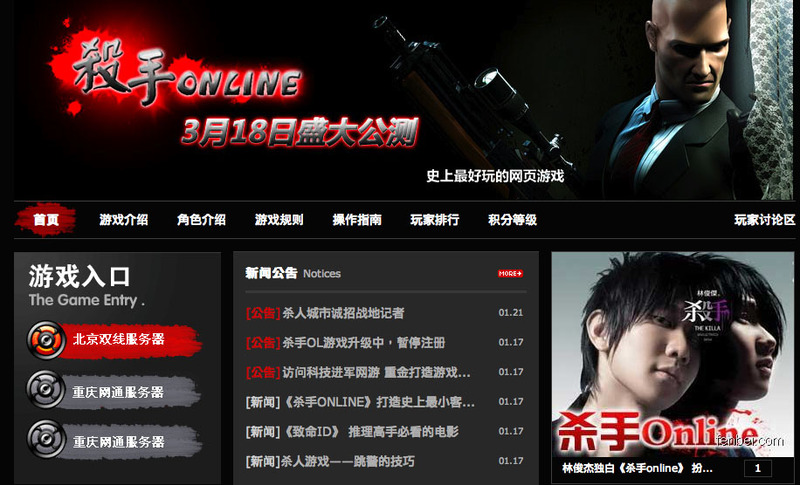 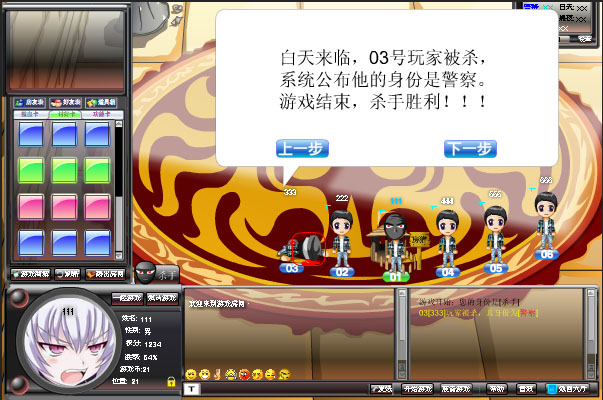 What’s interesting to me:

(Also: Is it unethical for them to use pirated graphics? I don’t think so — at this beta stage, they’re clearly placeholders for what’s to come. Even if they’re not: They’re using them so badly right now, it would be silly to penalize them.)

Thanks to Gamasutra writer Frank Yu for his help: Check out his new blog — Yum Yum Games.
(Original link to Killcity/SS911 via Dennis’ Blog.)