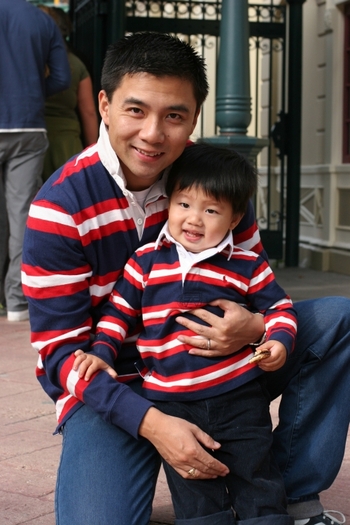 Bo Shao, founder/CEO of EachNet, which was later sold off and incorporated into eBay has opened a new blog.

I found it interesting how much more informal, yet actually informative Bo Shao’s bio was in Chinese than in English.

I don’t know if this discrepancy is standard in Chinese versus English bio’s, but it is an example of what can be lost in translation (and, I believe, how much more story-shaped bios inform).

Born in 1973 in Shanghai. 建襄 primary school. 华东师大二附 secondary school. Received numerous 1st prizes from nation-wide math competitions. In 1991 skipped a grade via the 全额奖 scholarship and enrolled in Harvard, supposedly the first student to do so after China’s Liberation. (Should be true, although there was one other student with me my year.)

Boston Consulting Group. Goldman Sachs (actually only did a stint as a summer associate). Harvard Business School (exceptional results my first year, fell drastically in my second year but I did win my wife’s affection).

1999 returned to China to found EachNet. Harvard classmate 谭海音 returned during the summer holiday to join (wouldn’t have been able to do it without her/alone). Became China’s largest e-commerce site by 2002 (not b-to-b). In a shocking 2003, was purchased by eBay at a high price (looking back, did I sell it for too little? Who knows.)

Because of family reasons (really), moved back to the States in 2003. Watching EachNet/eBay from afar. Anxious, angry, hurt, pained. Wife also pained, scolded me, “You already sold the company,  haven’t you eaten/had enough?” I scratched my nose and continued to change our daughter’s diapers.

Joined the US-based Matrix Partners in 2007 (high position but low profile). Part-time. Hope to find one or two business venture partners in 2007.

Then, his “standard English bio”…

Mr. Shao is a recognized young business leader in China and the recipient of awards in China and abroad, including the Forum of Young Global Leaders of the World Economic Forum and Entrepreneur of the Year by Asian Venture Capital Journal. He is a trustee of Give2Asia and Hua Yuan Science and Technology Association.

One comment on “Lost in Translation in Bo Shao’s bio”