It’s just been two months since The Hanmoji Handbook: Your Guide to the Chinese Language Through Emoji was launched! The handbook is published by MITeen Press and authored by fellow 88 Bar contributors Jason Li and An Xiao Mina, alongside ⭐️ author Jennifer 8. Lee. What’s more, the book draws on their decade of experience writing about technology, media and design on the Chinese language internet.

The Hanmoji Handbook’s titular topic is hanmoji, a fun way of writing Chinese characters using emoji. They’re presented as both mnemonics and instructive tools that help illustrate the role of radicals in constructing a character. 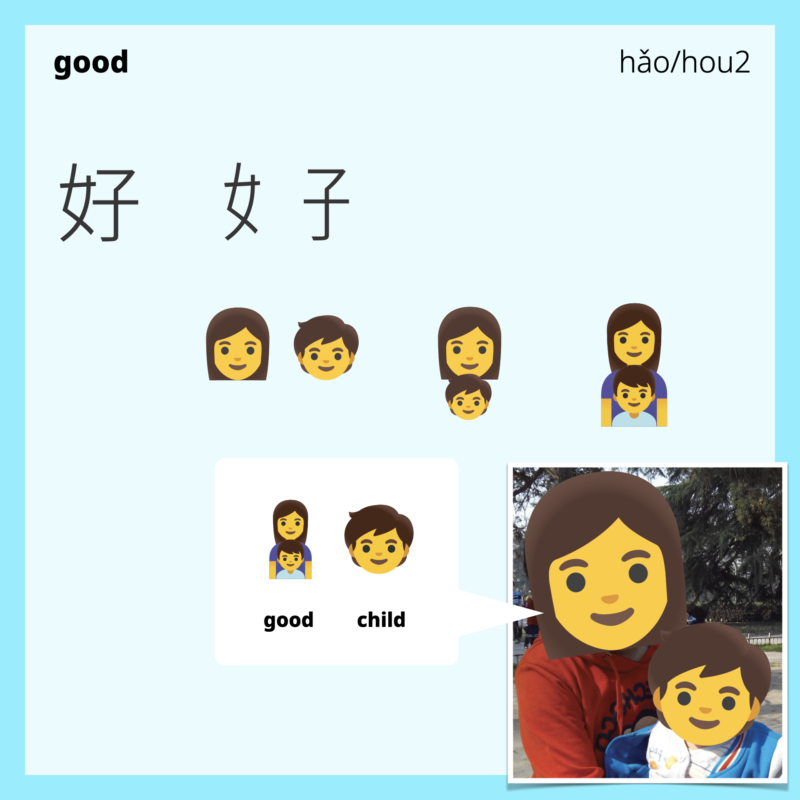 Much of the book also compares and contrasts the parallel lives of one of the world’s oldest writing systems (Chinese) with one of its newest (emoji). Through this analysis, some lesser-known facts about both the modern Chinese language and emoji are revealed. For example, the book explores the process for proposals for new emoji, which are then reviewed and passed by the Unicode Consortium.

Interestingly enough, there’s a parallel group within the consortium that works on passing new Chinese characters as well. Of course, the reality is a bit more complicated than that, since there are multiple institutional bodies who have a claim on the future of the Chinese language. Language, as the book explores, is not just a means of communication but an expression of society, politics and culture. (The full details are revealed in the book!) 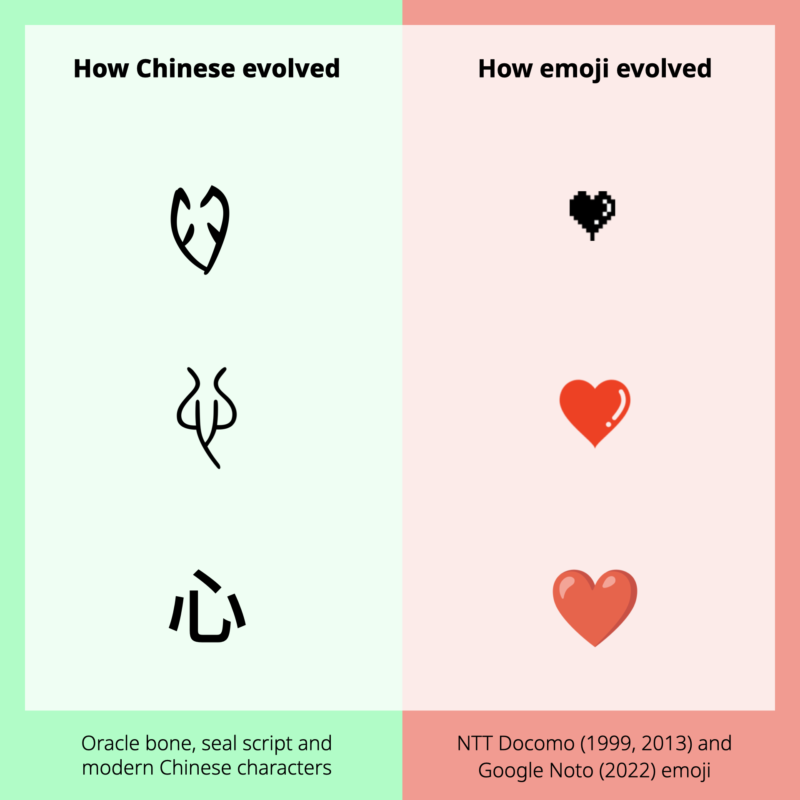 The Hanmoji Handbook has received some critical acclaim already — it’s been awarded a Kirkus Star, named as a FOLD Kids Book-of-the-Month, and nominated for the Forest of Reading Yellow Cedar Award. More importantly though, the authors have received compliments from librarians and educators about how the book works great for visual learners, and when it comes to language learners, it uses something we’re all familiar with (emoji) as a springboard for learning something new (Chinese). As young Goodreads reviewer Amos G., 10 says: “This book, for some reason, actually makes learning a new language fun!”

More information about The Hanmoji Handbook.