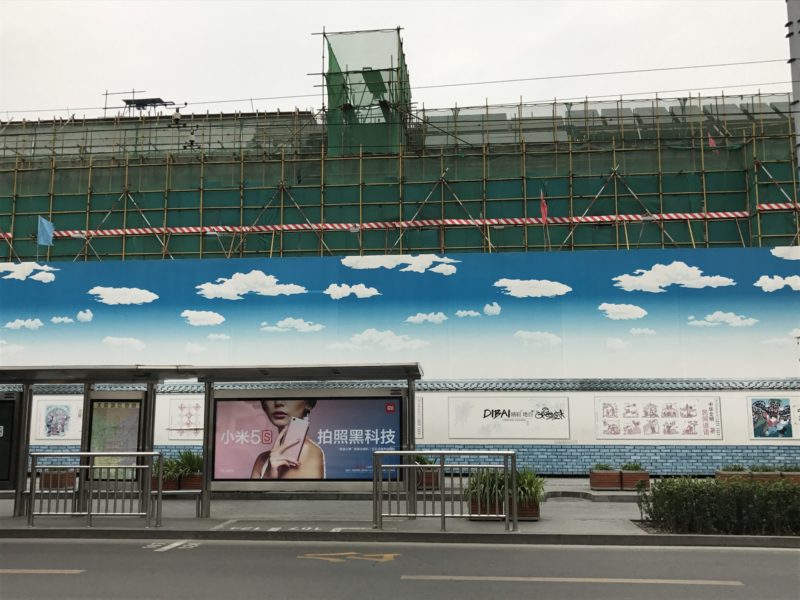 (This is the expanded version of a series of tweets I posted on Monday; they’re collected in a 88 Bar post here.)

Weibo pushes out about a dozen general news notifications a day about everything from trending topics to celebrity gossip to major world events. Monday afternoon, on my way to the subway to meet a friend on my last night in Shanghai, I got this one:

As an American citizen traveling in China this fall, I’ve been questioned about the election and its consequences a dozen times over. In China, the mainstream consensus is that while both candidates are bad, Trump is better for China (whether through incompetent governance, less hawkish policies in Asia, or both). This week, when people have asked me why people are so upset about the results, I tell them about the massive increase in hate crimes perpetrated by Trump supporters emboldened by his victory over the last week; eyes widen in horror and minds start to change. This Weibo notification gave me hope that this discussion was spreading.

I clicked through to the hashtag #Trump Wins# and then to the article pinned at the top of the hashtag page. I read the headline, then stopped dead in my tracks to reread it, then read the whole article and felt my jaw drop. I even ran it through a translator, just to make absolutely sure I was getting it right. For a moment, the idea that I could suddenly lose my ability to read Chinese felt much more plausible than what I was reading:

The article itself includes the following gems:

“This weekend, American media report that anti-Trump protests have turned racist. And the people who are most poorly treated in America’s racial dynamics, the Chinese, have been unfairly targeted again.

According to reports, Chinese Americans mostly supported Trump during the US election (not true, by the way: polls put Trump support among Asian Americans at 15–29% and the Asian American Election Eve poll shows that Chinese/Taiwanese voters still mostly supported Hillary)… Because of this, some anti-Trumpers blame Chinese Americans for his victory. Since discriminating against the Chinese is not considered politically incorrect in the US anyway, it should be no surprise that they are being attacked.”

The story then goes on to recount a bunch of other Twitter accounts of hate speech, including that of Fusion journalist Wilfred Chan. It mentions, off-hand, that Trump supporters are also doing racist things, but the overall article implies that most of the trouble is coming from anti-Trump protesters.

This, I thought, was doubleplusungood.

If this post were an isolated incident, I’d shrug it off as a misunderstanding borne of ignorance — not great, but not alarming. But this is just the latest pro-Trump rumor to circulate on Chinese social media over the last year.

Here in China, even well-educated and progressive friends have sincerely asked me about some pretty niche conspiracies. Did Hillary really assassinate someone? (No.) Didn’t Trump win 90% of the vote? (No.) Yesterday, someone even mentioned that they really liked a poem he wrote about his vision for America’s future. (What.) Last week, right after the election, I saw this trending topic on Weibo: 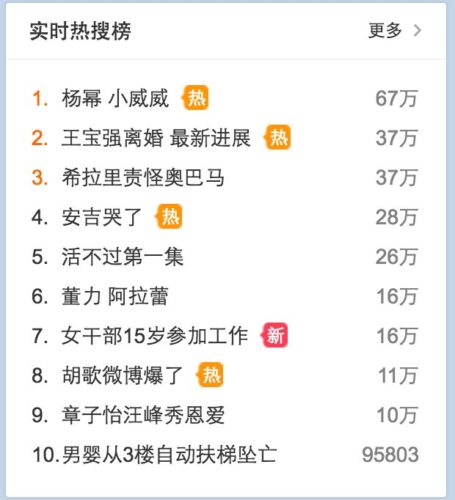 Unfortunately, these stories don’t just stay in China—they circulate out to the Chinese diaspora, newly connected back to the mainland’s information feeds via social media. Months ago, my dad forwarded me an article going around his WeChat communities in Ohio about a series of mysterious deaths linked to the DNC email leaks. “If this is true, this is a little scary,” he wrote. I was more scared by the fact that the only other place I could find that list of names was on Breitbart.

While we don’t have reliable numbers about just how many Chinese Americans supported Trump, I’m not the only one to notice his surprising popularity within our community this year. Some of that support is for real political reasons but, at least anecdotally, the rumors certainly seem to have helped.

What’s most frustrating is how hard it can be to fight these rumors beyond one’s immediate reach. I’m able to convince my parents that the Clintons probably didn’t assassinate anyone (outside of their roles in enabling wars, that is), but there is no easy way to spread the antidote farther. In a system where no source is deemed fully trustworthy, research and citations are diminished to just another set of opinions.

In my work as an ethnographer studying tech & subcultures in China and the US, I spend a lot of time thinking about how watching China is a way of predicting our own future—how will we use tech when mobile is truly ubiquitous? What will happen if our cities become much more dense? In this story, too, I see a potential future for the US.

In an excellent series of tweets about rhetorical strategy, Bailey Poland wrote: “[Facts are] the support structure. It’s the foundation of reality on which an argument can be built, but it cannot be the whole argument.”

In China, that foundation of reality is eroded alongside trust in institutions previously tasked with upholding the truth. Contrary to popular sentiment in the US, Chinese readers don’t blindly trust the state-run media. Rather, they distrust it so much that they don’t trust any form of media, instead putting their faith in what their friends and family tell them. No institution is trusted enough to act as a definitive fact-checker, and so it’s easy for misinformation to proliferate unchecked.

This has been China’s story for decades. In 2016, it is starting to be the US’ story as well.

Propaganda that is blatant and issued from the top is easy to spot and refute; here in China, it’s literally printed on red banners your eyes learn to skip past. The spread of small falsehoods and uncertainty is murkier, more organic, and much harder to undo. The distortions of reality come in layers, each more surreal than the last. Fighting it requires more than just pointing out the facts; it requires restoring faith in a shared understanding of the truth. This is the lesson Americans need to learn, and fast.

“Authoritarianism wants to convince its supporters that nothing is true, that the whole machinery of truth is an intolerable imposition on their psyches, and thus that they might as well give free rein to their fantasies.” — Brian Phillips

As I write this, the article blaming anti-Trump protesters for being racist against Chinese Americans has 1600+ comments, 1770 likes, and countless shares on & off the platform. It’s not a huge post by Weibo standards, but it’s another false data point in a long trail, all working together to paint a bizarro picture of reality. If America’s media and social media platforms don’t get serious about restoring the public’s trust in truth, we’re headed to that reality faster than you think.

One comment on “Watching the Election from The Post-Truth Future”