The Hong Kong Book Fair 2016 continues the city’s longstanding tradition of hosting consumer-obsessed, discount-supermarket-style book fairs. As with previous years, it was mobbed with students towing suitcases to buy in bulk, 20%+ discounts all around, and bookstore-publishers cross-selling each other’s books (but promoting their own most prominently). The books themselves include both fiction and non-fiction, with a large selection of titles on cooking, current events, education, self-help and… cats.

Joint Publishing usually has the most impressive booth – both in terms of annual theme and exhibition design – but they really dropped the ball this year. (See the middle-right booth above.) Commercial Press, on the other hand, had an unusually stylish booth to promote their “Forest of Woods” membership scheme featuring Antler Man Reading On A Tree Stump: 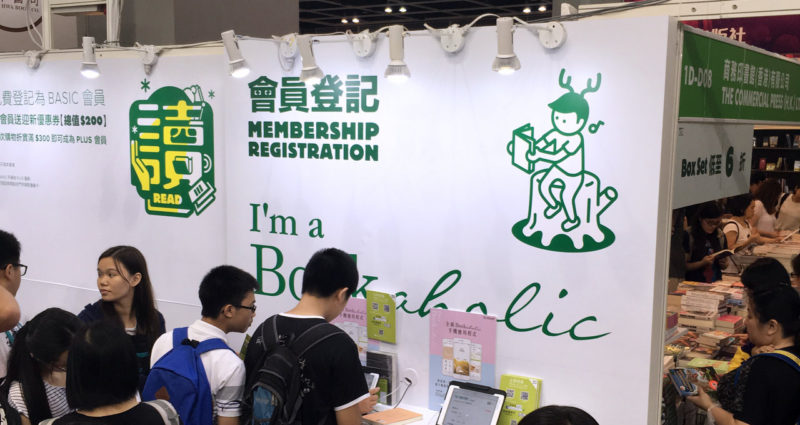 Meanwhile, Breakthrough had an adorably-themed “Reading Heals Our City” display featuring a parenting book titled “When your children say, you’re annoying me!” 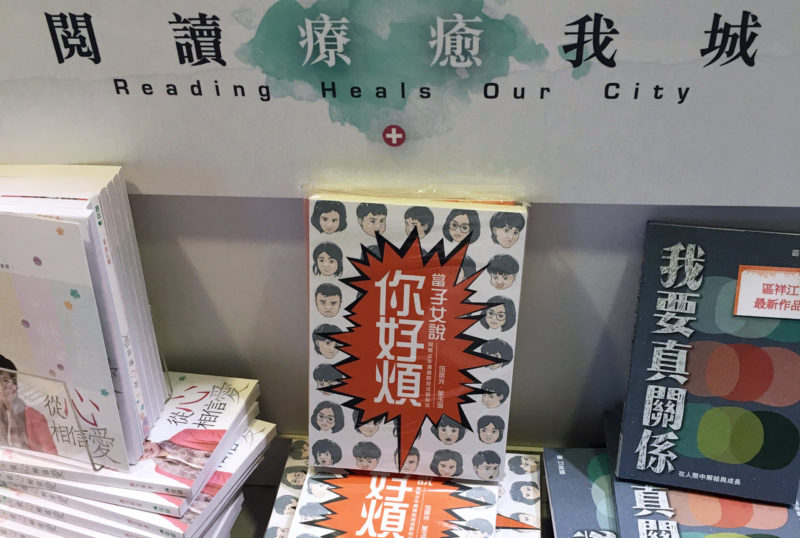 But the real winner in this year’s book fair was this ironic-and-hip booth tucked away in a back corner run by local subcultural giants 100Most and Blackpaper: 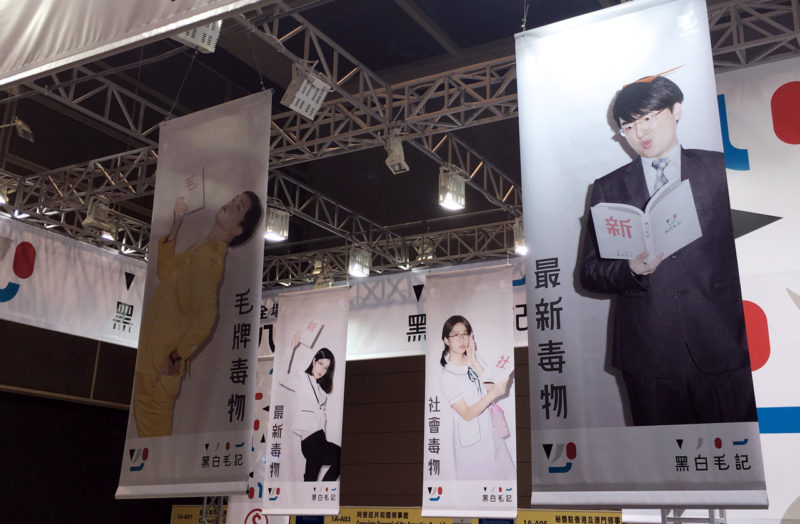 Despite the fact the 100Most-Blackpaper booth also did not sell other people’s books, it was mobbed with people throughout.

The official theme of the fair this year was Chinese martial arts literature [wuxia], and the organizers amassed an impressive collection of literary artifacts such as these original Jin Yong manuscripts: 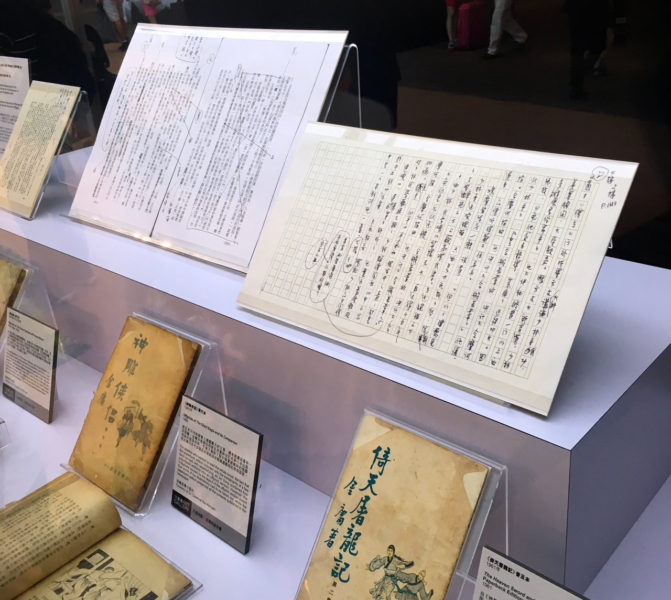 Unfortunately, as with past years, this literary-themed exhibit is sequestered away on the fifth floor between the kids books and stationary sections.

There were also a series of events that accompanied the fair. While the heavily-advertised headline event simply perpetuated Hong Kong’s love affair with elderly white figureheads…

…I was genuinely sad to miss this talk comparing Eastern wuxia with Western fantasy through Game of Thrones. 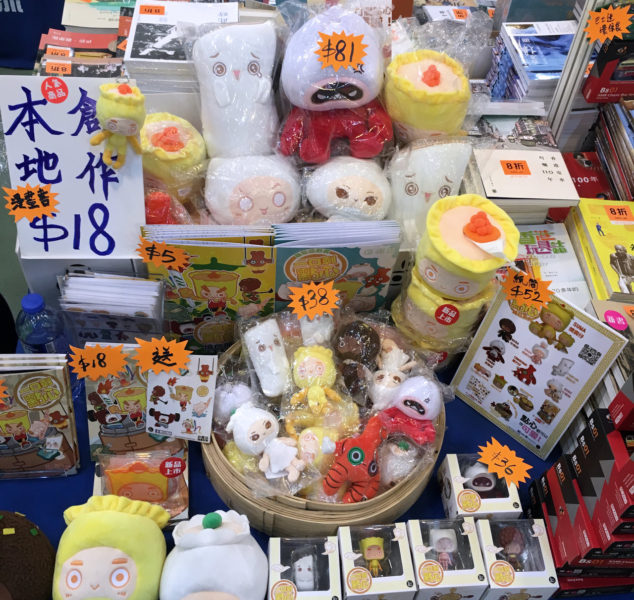 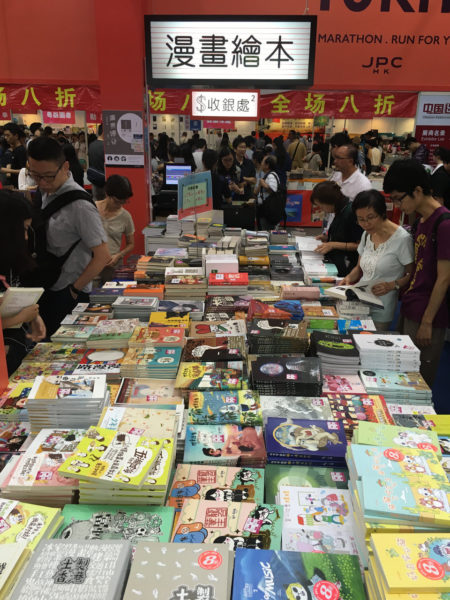 3. Cards based on the internet-meme beasts from the HKGolden forums: 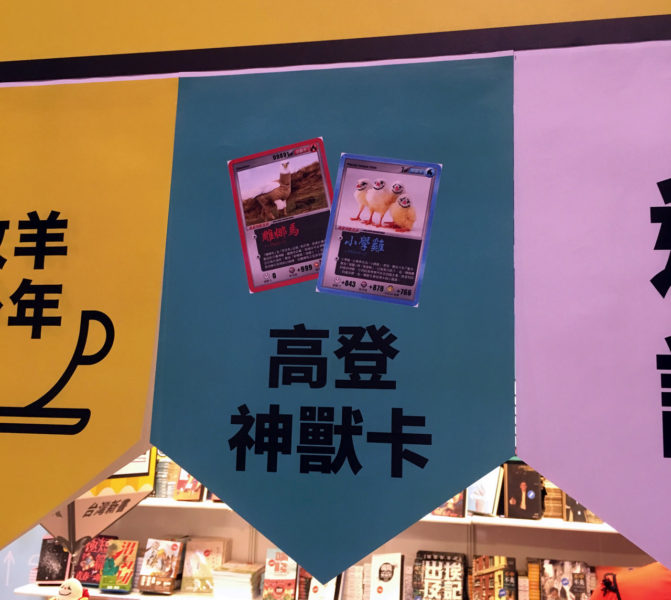 4. A solid presence from online and offline after-school tutoring centers: 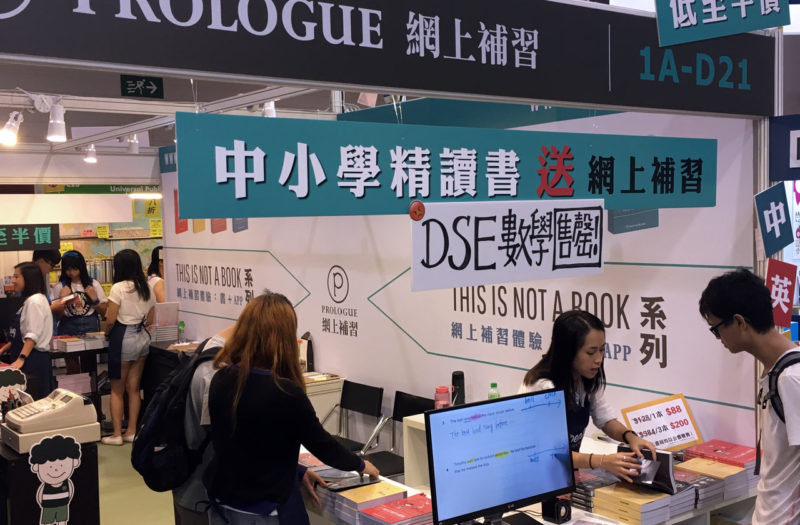 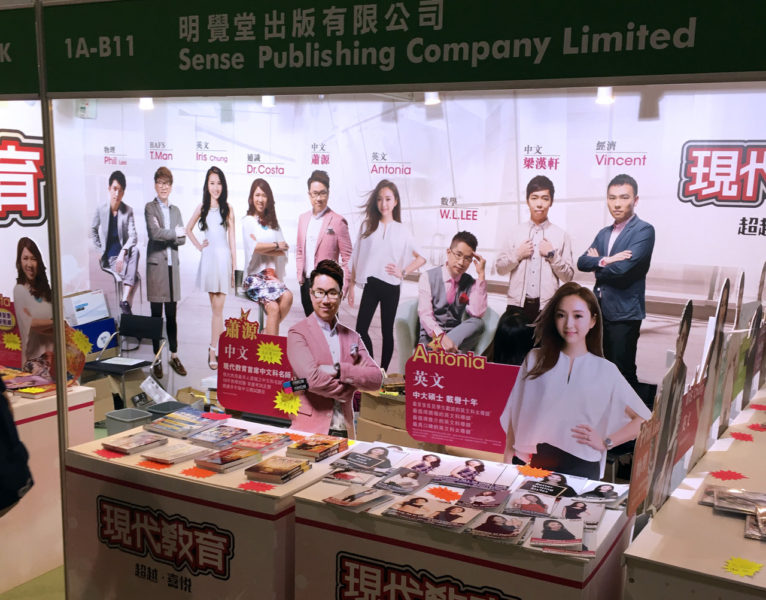 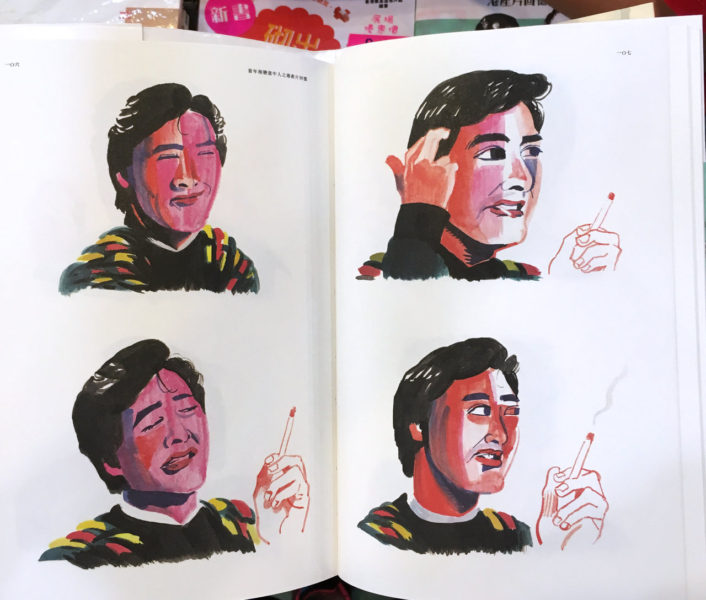 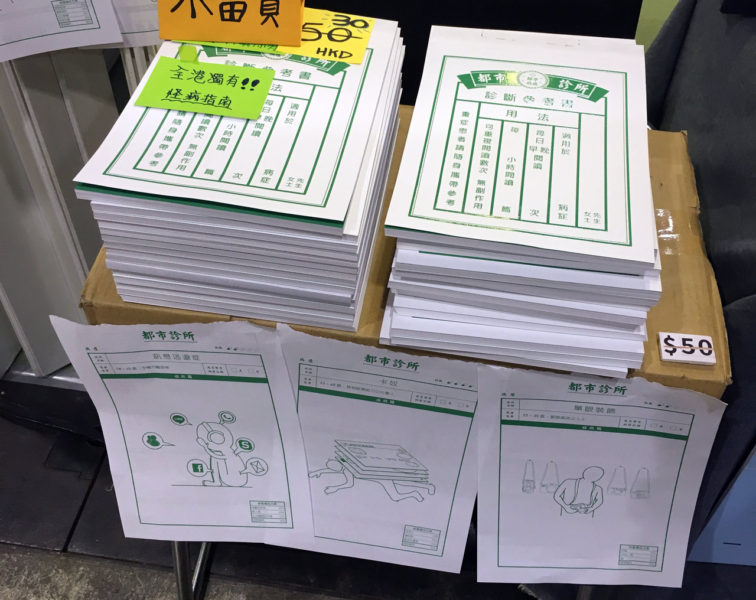 7. 100Most/Blackpaper’s children/youth picture book competition (they printed and published a handful of the winners): 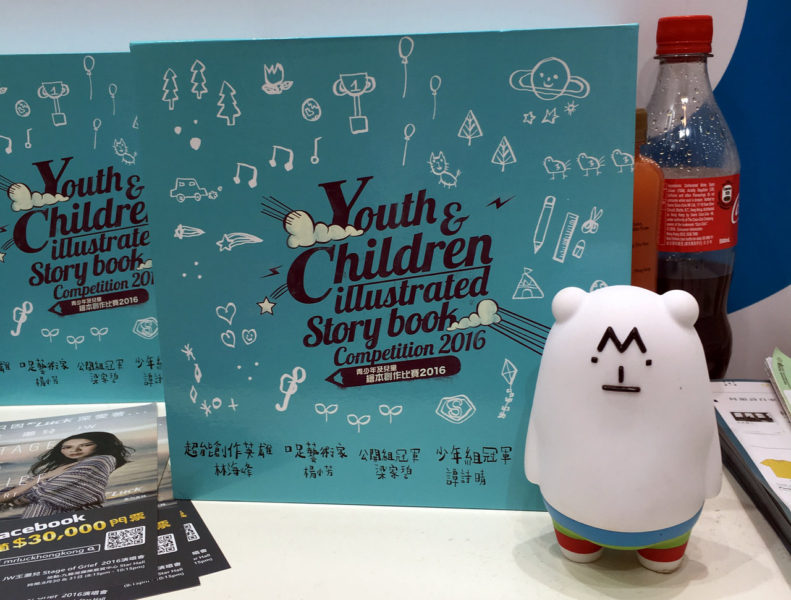 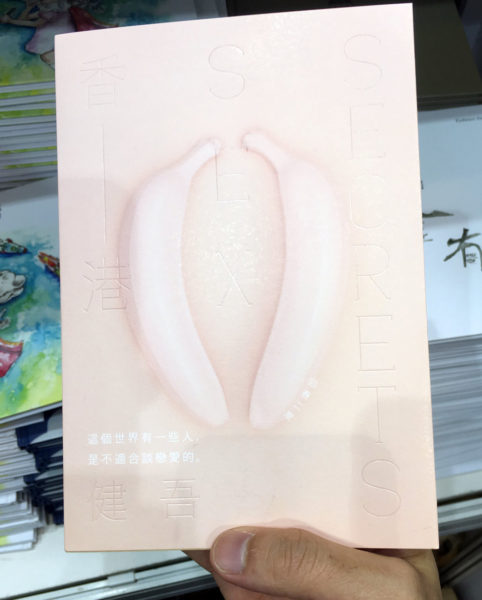