ACGHK, Hong Kong’s closest equivalent to the San Diego Comic-Con, comes hot on the heels of the book fair every year in late July. Attended by a much younger (and more male) demographic, the “animation, comic & games expo” is, in reality, dominated by toys and comics-related merchandise. Throngs of people regularly lined up throughout the exhibition hall to buy either hard-to-find or discounted goods: 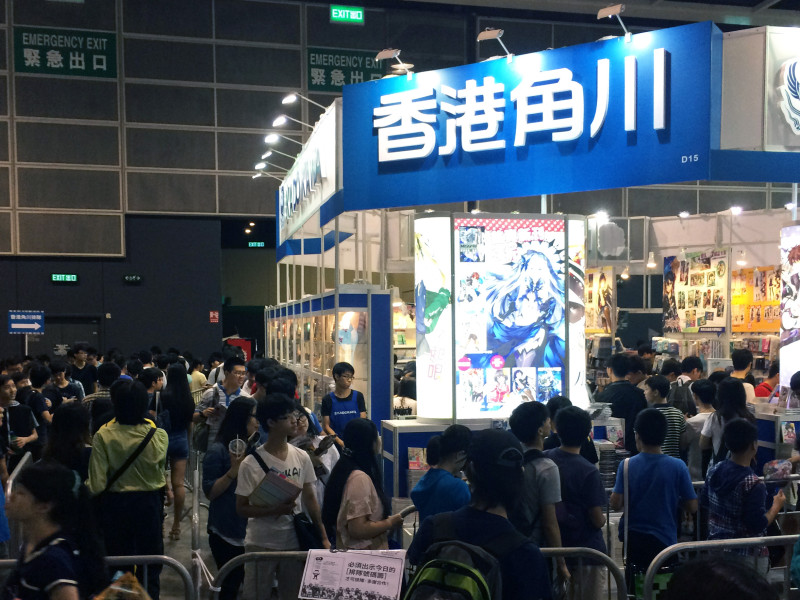 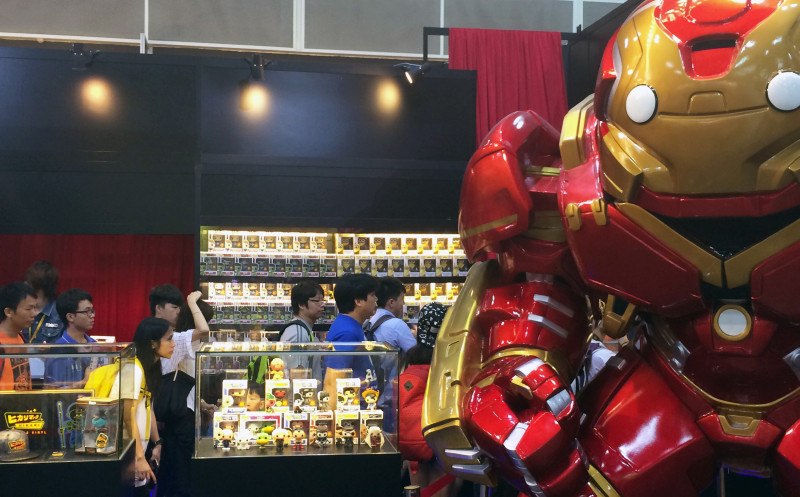 And there were plenty of stalls with various models, figures and toys that were mobbed with people: 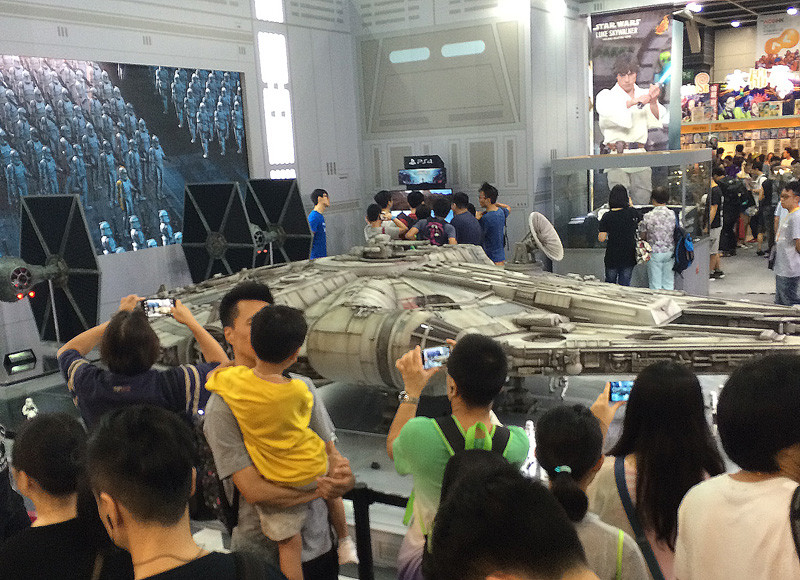 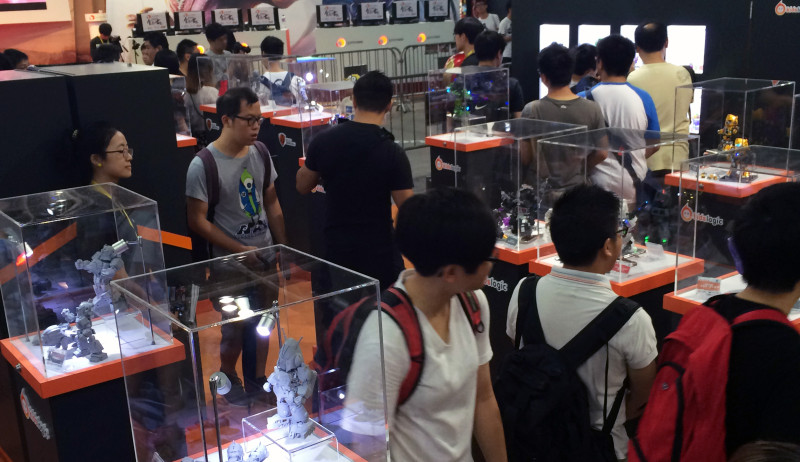 That isn’t to say comics and games weren’t present; there were just not as prominent and not what people were lining up for. Of the large gaming companies, Sony made a big splash with their PS4 booth (see photo up top) while Microsoft fared much more meekly with their Windows/Xbox/Minecraft booths. Mobile game publishers also made a presence. Google hosted a Google Play stall to accompany their “Game Week” promotion: 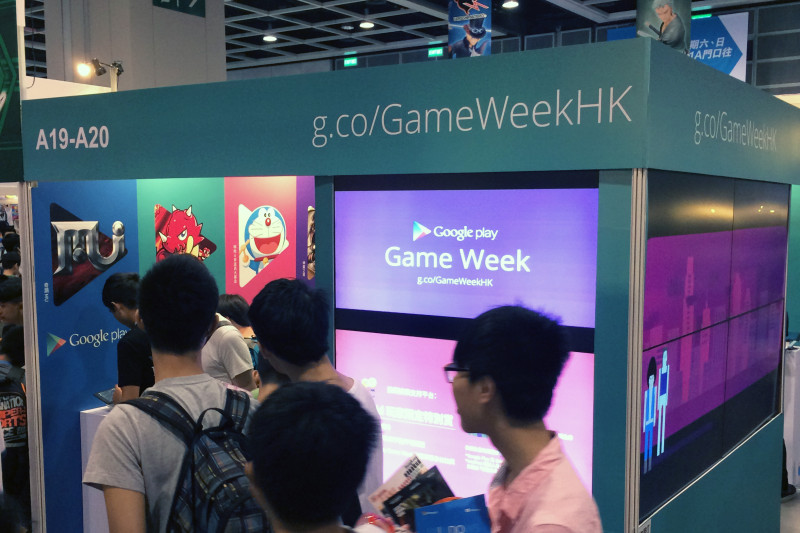 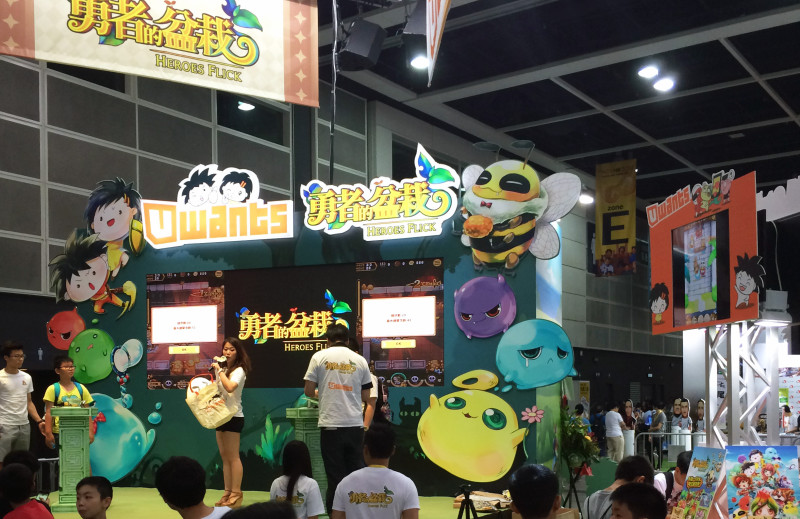 Comics made a good showing as well, though they were mostly off to the side. The largest bookseller was the heavily-promoted “Maid Bookshop” (storekeepers dress up as maids; books are not maid-themed): 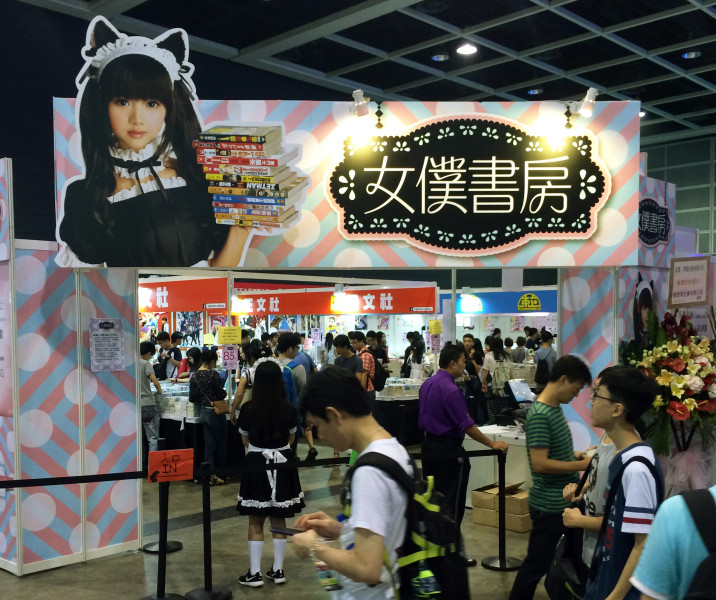 Next to them, the annual “original” comics competition featured works from local, up-and-coming artists (yellow umbrellas appeared in at least two works): 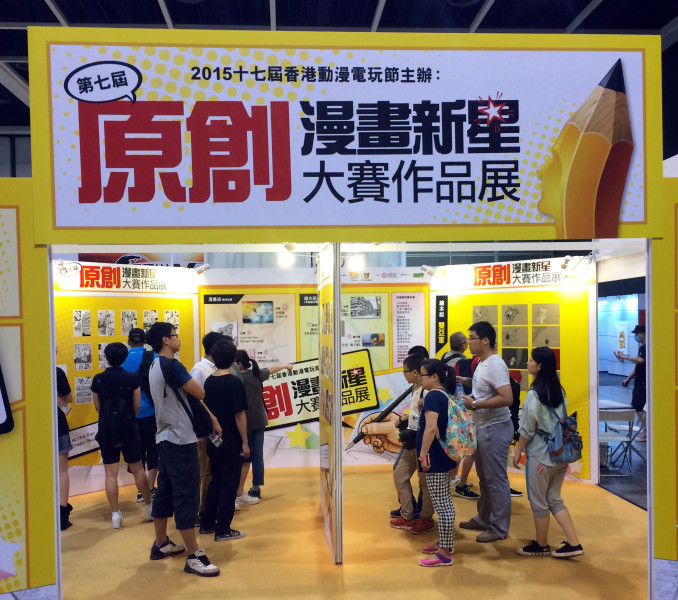 And down the hall, better-known, local, indie comic artists were grouped together in a small showcase (that also mysteriously included artists from Sichuan): 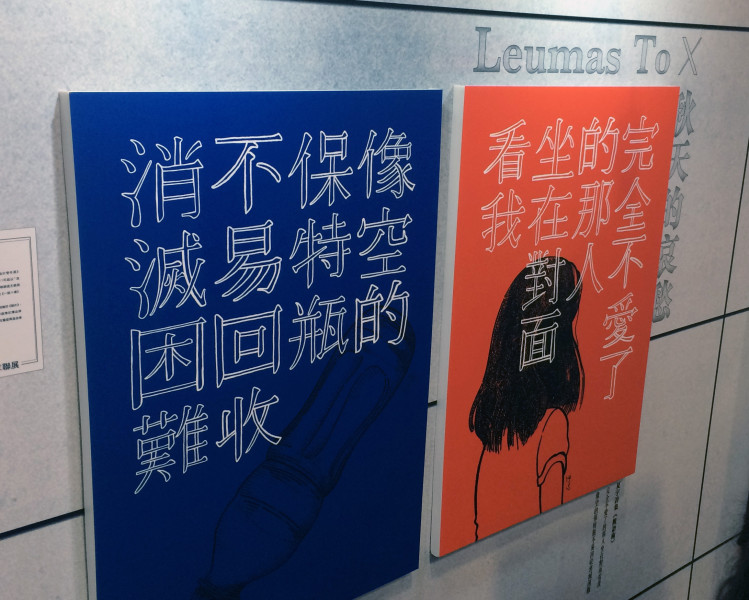 The only comics booth that was part of the central thoroughfare was the one for industry veteran, Wong Yuk-long, who is also sometimes known as Hong Kong’s King of Comics: 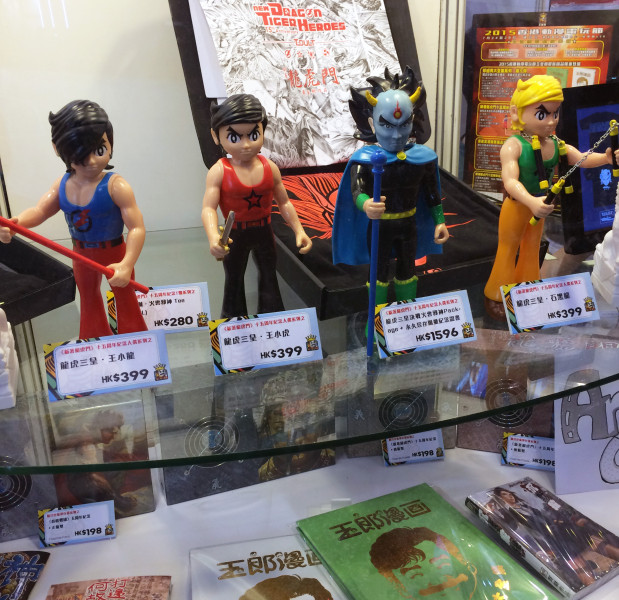 …one large, really-bizarre stall at the corner of the convention by the China Animation Characters Company Limited.