Being based in Hong Kong, my tech friends and I still occasionally get asked, “So what’s the deal with FireChat?” In case you missed it, FireChat, a smartphone chat app with basic mesh support, made headlines during the recent Occupy Hong Kong protests. Protesters on the ground here turned to it in late September when rumors began to circulate that the government would shut down the internet. It never did, but plenty of people, myself included, downloaded FireChat anyway. Hearing about this, many publications then used FireChat to tell a techno-utopian story about the future of mesh networking. Yet in the same stories, many publications pointed to faulty evidence of, or simply speculated about, people using its mesh features. (The sole exception being TechPresident’s Rebecca Chao, who actually found real evidence of its use.) As the hype has subsided, we at 88 Bar have decided that it’s a good time to review the facts and figures around FireChat.

1. FireChat was built for concerts and Burning Man 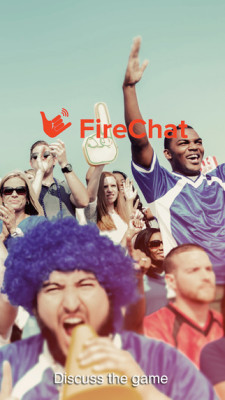 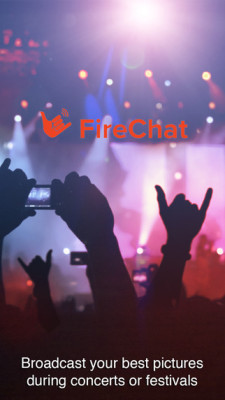 Figure 1: Press images are from its listing in the iTunes store.

2. FireChat is “not meant for secure or private communications”

The full quote that FireChat gave Wired last June is: “People need to understand that this is not a tool to communicate anything that would put them in a harmful situation if it were to be discovered by somebody who’s hostile. It was not meant for secure or private communications.” (This is, of course, months before they went on the speaking circuit to market its use during the recent Hong Kong protests.)

The University of Toronto’s Citizen Lab ran a full, tech analysis and concluded: “Messages sent in any of the application’s three messaging modes are sent in the clear without encryption. All messages sent and received, as well as a list of chat channels the user has joined, are stored unencrypted on the device. It is also possible for anyone (regardless of whether they have installed the app or not) to visit an IP address associated with the service in a web browser to see the most recent messages sent by users of the application.”

3. Lots of people in Hong Kong signed up for FireChat

Sign up figures for FireChat in Hong Kong during the protests range from 100,000 to 500,000. Assuming only a small number of “troll” accounts and that not every protestor would have downloaded the app, this would imply that there were at least 100,000 to 500,000 people who downloaded it to support the protest. (Estimates say roughly 200,000 people took part in the Hong Kong protests at its peak.)

And according to FireChat’s twitter account, people are still using it: their stats show 208k chat sessions on December 16, 2014.

4. But FireChat put Hong Kong citizens in danger during the protests

Not only are messages unencrypted, but it encourages the use of real names. Again from Global Voices: “Once installed, the app requires the user to sign up with her real name (which will be pre-filled with the name she eventually configures on her iOS or Android phone), a username and an email address.”

This is especially troubling because police have arrested at least two people in Hong Kong who posted protest-related messages online. See Quartz’s “police are using Hong Kong’s computer crime law to crack down on pro-democracy organizers.”

5. Protesters did use its mesh networking capability, but there’s only one report of it

Of the dozens of articles published on FireChat during Occupy Hong Kong, I only found one report that found evidence of mesh network usage. From Rebecca Chao on TechPresident:

As a volunteer, Ip was among a group of roughly 60 to 120 that monitored the supply stations. He used FireChat to recruit more volunteers. While verification is an issue in the app’s anonymous chat room settings, Ip says that given the proximity needed for off-grid use, “we could meet up instantly to confirm who I was and what volunteers we wanted and to ensure they got the right information.”

The other reports sadly only pointed to evidence of use of its internet (not mesh) chatrooms:

6. FireChat is an IRC-like chatroom app, not a messaging app

As Nathan Freitas and Oiwan Lam write in Global Voices: “FireChat is not a messaging app. FireChat is a chatroom, a platform to send insecure and public messages to people over the Internet or within your geographical vicinity.” As such it is not a replacement for Facebook Messenger, WhatsApp, Line or WeChat.

During the Hong Kong protests, everyone I spoke to said that Facebook and WhatsApp were by far the most commonly used communication tools. This isn’t to say FireChat wasn’t used, but it’s good to put its popularity into perspective.

P.S. The Hong Kong mobile network did not “collapse”

Nellie Bowles writes in Recode that “during the recent enormous pro-democracy protests in Hong Kong, the city’s cellular networks got so jammed they collapsed.” I have seen no reports to that effect (congestion yes, collapse no). As one protester stated in TechPresident, “I found that my LTE [4G] connection was pretty solid in most cases, even with tens of thousands of protesters around me.”