Like pretty much anyone else paying attention to the story, I was stunned to see the images of protests in Hong Kong, with people of all ages donning black to rail against Beijing’s plan to enact national education.  Hong Kongers deemed it brainwashing, a paternalistic move from Beijing to inculcate the special territory into its ways.  The sheer scale of the protests led to Beijing agreeing not to mandate national education.

But while citizens took to the streets, they also took to the web.  “Brainwash” may have been blocked on Sina Weibo, but “wear black” wasn’t, nor was “oppose national education.”  And if you searched for these terms and others, you’d find images like this: 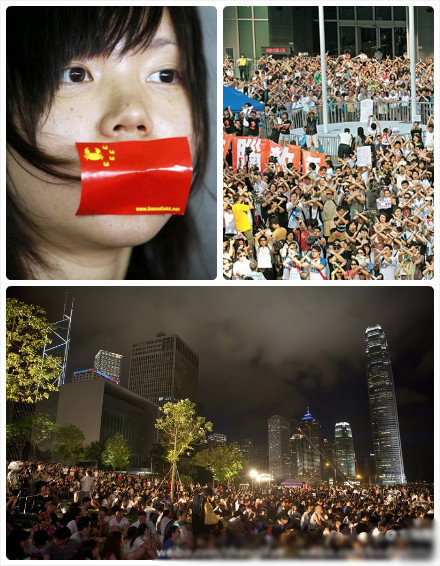 These are pretty normal scenes of protest, but they have a strong online component too: 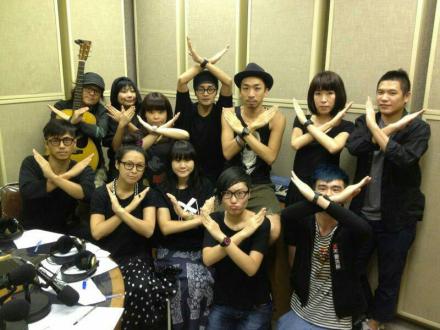 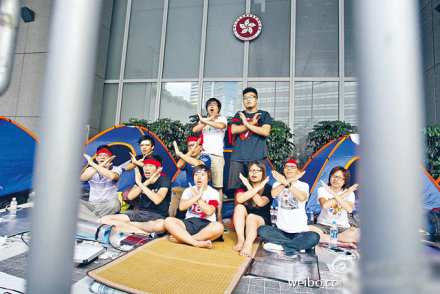 And in addition to crossing arms, the simple act of wearing black has become a visual strategy in itself, as protesters have encouraged each other to wear black to oppose national education. 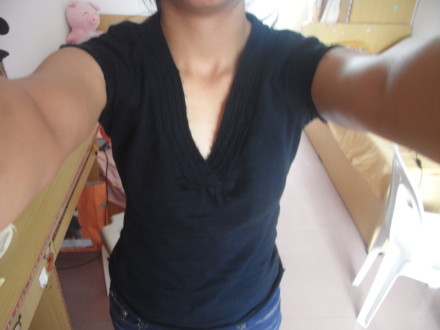 But like any good meme, this one also has more comic/cartoonish manifestations.  Here are a few favorites: 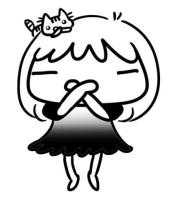 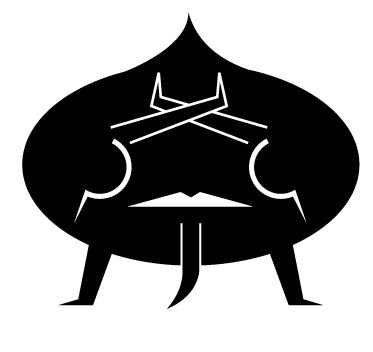 As soon as I heard it, I knew the “wear black” strategy made some sense: like wearing blue jeans to support gay rights, wearing black is a normally-apolitical gesture imbued with new meaning that forces dialogue (Hong Kong-based designer See-Ming Lee suggested to me that it might resemble Disney Gay Day more). This is particularly true in fashionable Hong Kong, where the smart set prefer chic black, just like New Yorkers.  But the symbol and imagery of black continued to grow till it was a sea of black shirts and black pants.  Add to that the gesture of crossing one’s arms, and you have the perfect political meme: a simple, personal gesture with easy-to-find materials.  It works as much in grand gatherings as it does in casual snaps posted onto Weibo.

The big question is, why such an online flurry?  In mainland China, the memetic spread of images of discontent/dissent makes sense: lacking the freer speech and public assembly opportunities of more democratic nations, citizens take to the internet to express their concerns.  Since both mainlanders and Hong Kong citizens use Sina Weibo, the culture of memes in the Chinese-speaking internet hops across political/regional boundaries.  This explains why I’ve seen the crossing arms gesture amongst users in the mainland, and why sunflower seeds, the symbol originating from a Beijing artist, also has resonance in Hong Kong.  In other words, the Chinese-speaking internet loves its memes.

But the broader point to understand here is that the “meme’ing” of protest/dissent reflects just how intertwined internet life and offline life have become.  While public assembly on the streets of the city is often crucial–just look at the sheer scale of the crowd–, so is public assembly on the streets of our online city.  And in the Chinese-speaking internet, the city of cities is Sina Weibo, where netizens gather at every hour of the day to converse, share and debate in a national public forum. As I explored in my recent look at the Trayvon Martin and Chen Guangcheng memes, the particular form of public assembly on the internet is much more visual and reliant on basic art and design skills.  This is how you show scale in an online environment–text alone is rarely enough–, and it’s a trend we’ve seen now in Hong Kong (Anti-Brainwash), Moscow (Pussy Riot), New York (Travyon Martin), Beijing (Ai Weiwei and Chen Guangcheng) and elsewhere.  As we see more protests involving the internet generation in the Chinese-speaking world and beyond, we should expect to see more and more of this.