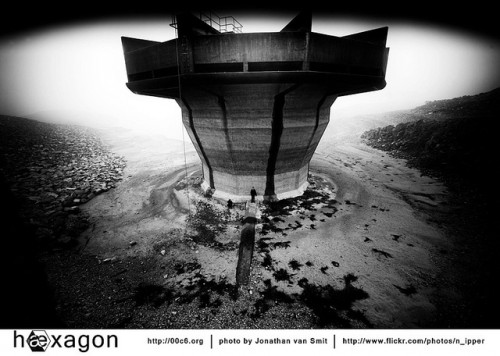 The following are the excerpts of an informal email conversation I had with Marco Sparmberg, a trans-media filmmaker & content developer based in Hong Kong.

Q: What brought you to Hong Kong?

A: I grew up with the 80s and 90s HK films running at the midnight slots of German TV. At a certain age I grabbed everything that remotely looked Asian from the video rental stores and most of it simply came from HK. I love HK movies, and all their limitless exploitation of everything that’s sacred in other cinematic cultures.  When it came to where to go to film school, there was only one real choice for me. I began my HK adventure back in 2007 among the video, music and exhibition artist community while interning at Videotage before starting my masters studies in film production one year later.

Q:How do you see the rift between the international and local filmmaker communities in Hong Kong?

A: Indeed, there appears to be a certain separation within HK’s filmmaking landscape. In order for outsiders to gain an understanding of this situation, I need to generalize a bit, which may simplify things too much for insiders.

On the one hand, there are the local filmmakers who grew up in HK and produce for cinema and/or TV. On the other hand there are the expats and “returnees” who bring in their own overseas network and go into more experimental directions by producing short films,  music videos, Internet video content. Feature film productions are rather rare here. I reckon this separation got a number of reasons like language, cultural background or business orientation. From my point of view, the reason why the international filmmakers community is barely involved in local feature film production is mainly the involvement of the Mainland [China], either direct or indirect. HK features are simply not profitable enough, hence need a Mainland boost in ticket sales. For most local filmmakers it’s still more profitable to produce a film for the Mainland market in the first place. On top, feature film budgets are rarely independent from the Mainland anymore. Money from the north to get your film made means creative involvement from the investor. Eventually the question is, to what extend are you willing to allow such influence on your film.

However, there are very practical reasons involved too. The working visa situation makes most expats have day jobs which makes a longer engagement within a feature film production that can take up to several years, quite impossible. Most positions in film-making are either outsourced or on a project basis and still don’t guarantee a steady income. A feature film might be greenlit and just one week away from production start but can still be suddenly canceled. A production suspension while shooting is also common. There is no studio system in place in HK, it’s a game for freelancers only.

Q: Where we can find out more about you and your work?

A: You will find a summary of my work on my personal webpage http://m-sp.net. Most updated however is probably my Twitter @MarcoSparmberg and the web channels of Hæxagon Concepts (http://haexagon.org), a trans-media production house I co-founded earlier this year.

As for the projects mentioned, all major link connections to the Squattertown web universe are on http://squattertown.com. And Hæxagon short film universe is just about to unfold on http://00c6.org.