Titanic 3D is out.  Yes, we all know this, the world over.  The film is expected to make hundreds of millions in China alone.

But it will be missing the nudity scene.  I remember watching the Colbert Report and seeing James Cameron report that the reason it was cut was because censors feared that Chinese men might reach out their hands and disturb viewers in front of them.  Here’s the report from Offbeat China, and the message they translated:

“Considering the vivid 3D effects, we fear that viewers may reach out their hands for a touch and thus interrupt other people’s viewing. To avoid potential conflicts between viewers and out of consideration of building a harmonious ethical social environment, we’ve decided to cut off the nudity scenes,” according to an official at the State Administration of Radio, Film and Television.

It seemed absurd, but I accepted it as fact.  I’ve certainly heard stranger pronouncements from Chinese officials.  And yet, I saw in the Global Times that this might be a hoax:

Analysts Monday called on authorities to create the Chinese mainland’s own film-rating system, after an online joke concerning the removal of nude scenes in Titanic 3D entertained many fans, critics and media outlets.

“It is fake, and it is a joke from a student who is going to graduate,” the original poster of the message explained Saturday on his Sina blog.

The message claimed the State Administration of Radio Film and Television (SARFT) had cut nude scenes from Titanic 3D for fear that the viewers would reach out and disturb other viewers.

I dismissed this briefly, as the story was coming from Chinese state media–of course they would deny something that’s embarrassing to a state agency.  In general, if a fact is denied, that’s a good sign that it might be true.

But then I saw the story repeated in other sources, like the Hong Kong-based Weibo Today:

And Western media finally caught the hoax too, with reports from The Hollywood Reporter and Gawker, though not till after the false report had already been disseminated.  The original story had always been intended and understood as a hoax, until it started spreading without the crucial “fake news” hashtag the original poster claims to have placed.  Offbeat China offered a good analysis of the joke turned into fact.  Their insight is particularly helpful, as their original post played a role in launching the story into the English-speaking world.

The joke was made so popular that I, myself, find it hard to believe that it was fabricated. But fake is fake, truth is truth. It is fake and it is from an evil joke by a lonely loser who soon will graduate from college.

The idea of fabricating fake news as satire and entertainment came from an American satire news organization The Onion. If you want to get a quick idea of their style, I recommend you to watch a 2008 movie The Onion Movie. Personally, I became familiar with such culture thanks to a non-popular Web figure “Huang Bo Ma” (his Renren, Douban and Weibo). Here are also some of his fake news works, many of which used to be very popular on the Internet (one, two, three).

People will notice that all fake news works are tagged as #Monologue# to distinguish from authentic news.  When I wrote the “fear of touch” joke, considering people’s unfamiliarity with the culture of The Onion, I changed the tag into #fake news# so that it won’t be seen as true. I posted the joke on my Renren album and my Sina Weibo account. Due to my small number of fans on Sina Weibo, the joke was soon buried. But the screenshot on Renren became viral. The iron[y] was, the joke became a hit exactly because the #fake news# tag was lost in people’s constant re-posting.

It reminds me of when Beijing Evening News reported an Onion story as fact.  They misunderstood the context, and though everyone in the West knows “Onion” means satire, a casual viewer might not. 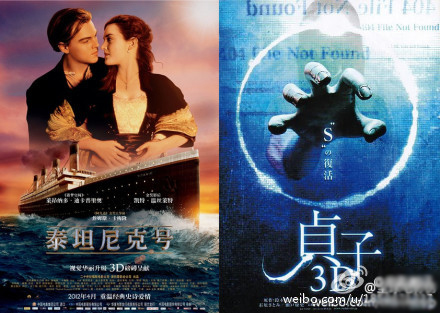 This is the power of a meme.  It picks up, it spreads, it’s remixed.  But then the original context is lost.  As the original blogger noted, his “fake news” hashtag disappeared after a while, and it was just an out of context story.  And although those who create the meme are in on the joke, those standing outside have no clue.  Indeed, anyone who knows anything about China’s social media sphere knows that everything has to be taken with a grain of salt; this SARFT joke was a way of poking fun at an opaque government agency that censored material without stating why.

The “truth” amplifies.  And in this case, like Chinese whispers (or Chinese Weibos, as it were), it travels through the grapevine and becomes something else.  The story also happened to fit stereotypes of China–that the men are sexually repressed, that the government is heavyhanded and nonsensical–, so it flew around Western media.  It seemed true enough (sound familiar?).  The next thing we know, the director himself is stating a joke as fact on national television.

The Meme (Inadvertently) Became a Form of Advocacy

But the more remarkable thing is what the Global Times says we should learn from this.  Remember that the Times is a state newspaper:

Raymond Zhou, a film critic, told the Global Times that many viewers have been used to unexplained deletions by SARFT, so it is no wonder that quite a number of people believed the fake information on Titanic 3D.

“SARFT is treating all the viewers as children when evaluating the content of movies,” Zhou said, adding that “subjective” evaluation standards had in fact led to unnecessary cuts of some scenes, as well as leaving in some scenes inappropriate for minors.

“We need objective and transparent standards, which should be specific on what scenes could be kept or not for viewers of different ages,” he said.

Ironically, the satirical representation of government transparency might just turn into a real demand. 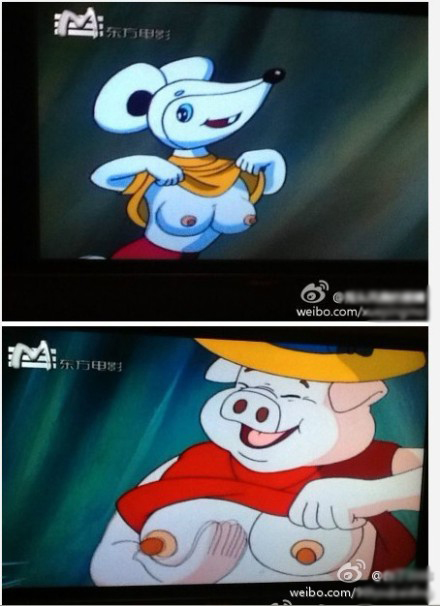 One comment on “Chinese Weibos: The Meme Behind the Titanic 3D Censorship Hoax”