A recent photo montage on Tianya, called Smiles of the Past 50 Years. You won’t be able to link to it without registering at Tianya, so I’ll post some more below the jump. 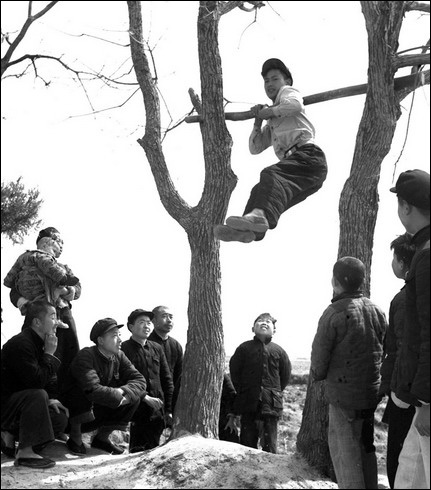 Spring 1976, Jiangsu, Hai’an County, Beiling Commune, Fengda Brigade member. Using the natural elements of the rivers, banks, and ditches in the landscape, the brigade holds rope-climbing and other kinds of activities. 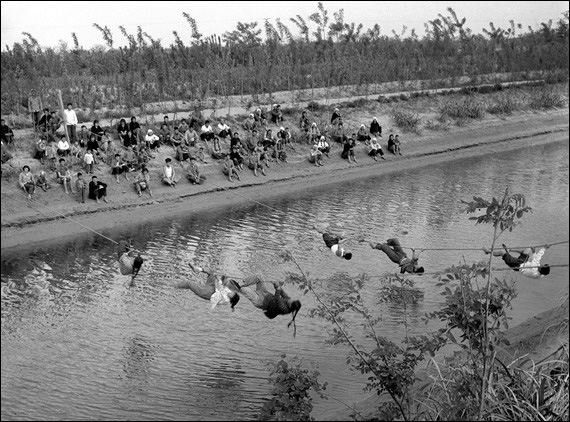 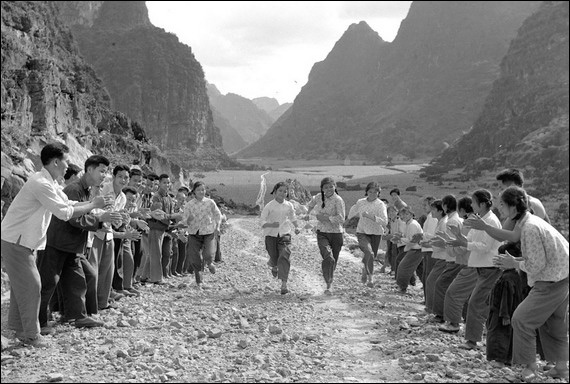 January 1960, Heilongjiang Province, Longjiang County, Baishan People’s Commune: In the space of one short month the entire commune got together to build 9 ice rinks where over 4000 people participated in ice sport activities. This is a group heading to the rinks with their home-made ice skates and blades. 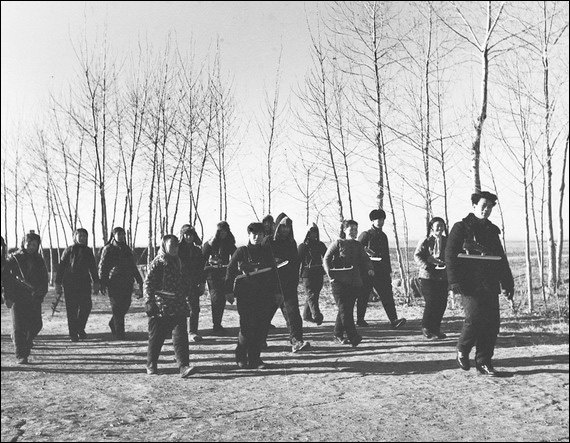 Summer of 1958, Liaoning Province, Beipiao County,  Under Elms Village, Longtan Farming Commune, taking a break from work and “leap-horsing” in the fields. 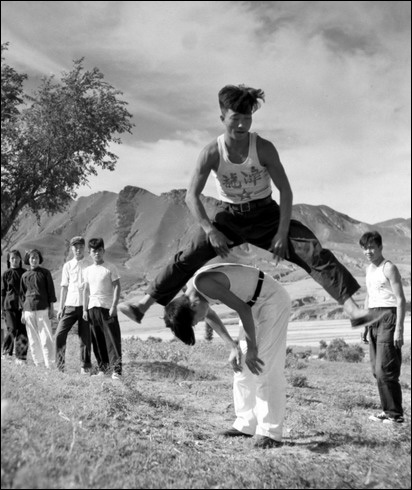 2 comments on “remembering pleasures of the past: Chinese black and white photos”