I know three middle aged/old Chinese persons using internet, not only for fun.

Here are their stories.

The first story is about my mother and her internet lovers. 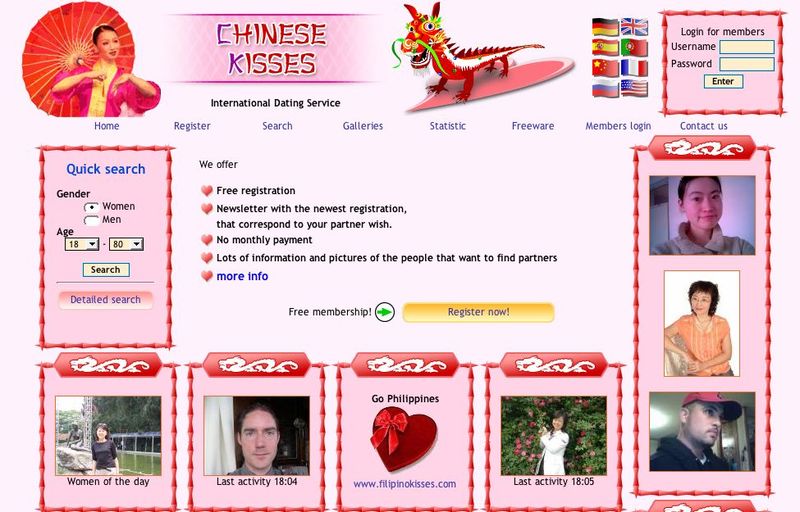 My mother is an English teacher in middle school, and she bought the first computer in autumn, 2002, because I was supposed to introduce an American man I met on internet to her. He was always online most of the time everyday, I got to know him when I was surfing internet in the computer center in city library in summer, 2002.

They started chatting in English on MSN since then….and now, with the time went by, though this man tried to visit China, but failed, my mother got to know many more men on the internet, most of them were strangers from social websites, such as www.hotornot.com, www.chinesekisses.com etc. She could insist on hunting for a boyfriend under the support of me, or I should say, because she really found internet hopeful and helpful.

She would rather having dinner in front of the webcam, just to show Chinese home cooking, and I asked her to come back to the dinner table, but she insisted on having dinner in front of the computer and chatting with her friend. One day, we went shopping and she bought a new coat, and when she got home she couldn’t help showing her new coat in webcam to her American internet friend. It was just like a fashion show, and the man overseas always praised her. Another time, the man in the US showed a cheese cake he made by himself, and ate it in front of the cam. I even saw him drank a whole bottle of juice!

But during that period of time, she had just one American friend I introduced to her, and just chat with him on MSN ( sometimes she used Skype to contact my aunt in Germany, and chatted with her sometimes). For the rest of the time online, she just visit some most famous website and clicked here and there without any purpose.

In the summer of 2005, I happened to find a very interesting website by accident. And then I realized it might be attractive for my mother as well. So I helped her register and uploaded her photo on Hotornot, and then her photo started to be checked and scored by people. So did I. And we even competed on our scores! She uploaded a picture in which she pretended playing my piano at home, http://scoreboards.hotornot.com/julin and during the first week she got 8.6 on Hotornot which it was not a bad score! She was very excited and got quite a lot of messages, and some of them from the people with stars( star means the people can create the content of the message by himself.). Then she could keep in touch with these people by Email or even added them on MSN.

Those days on Hotornot, she got to know some people and chatted with them on MSN everyday, since most of them were from America, she often stayed up late at night to chat with them. Last winter when I went home for the Spring Festival, I found a very interesting scene on her computer desk and it reminded me of the scene she was using computer at home…One computer in front of her, one TV set on the left handside, and one notebook with poems she copied long time ago for the purpose of quoting some sentences when she was writing to her internet friends. One of our biggest joys was marking people on Hotornot.

One day she told me, all the people on Hotornot were not real persons, and what they wanted wasn’t serious relationships…and she got frustrated but she happened to see another ad on Hotornot…which was Chinesekisses. And again she registered by herself and waited until people who was interested in her profile clicked on her and wrote to her…

Now she’s got two steady male friends she likes very much, for the first American man, she felt a little bit despair since we had helped him to come to China, but he was not able to make the schedule…Recently she talked with a lot about how she felt to her two men, and she told me it was painful for her to make a choice between these two men since she likes them both. This summer she’s going to visit Australia first and try to make a decision there, to stay with him or to go on hunting for another man on the internet…

The second story I want to tell is about a middle-age man in Shanghai, who’s a big fan of photography. I got to know him through a website  http://shanghai.kijiji.cn/ and then we chatted on MSN. He told me that he was keen on taking pictures of young girls, and he has a website to show these pictures.
http://www.cdd.cn/home.asp?m_id=90827   Sometimes he would show me the new pictures he took, and chat about art sometimes. He goes online every early morning, and sometimes says hello to me in the early morning. But he doesn’t write blog.

The third story I want to share is about an old retired man in Shanghai. He has a blog, which I think it’s very cool and elegant.He describes himself as an old, just retired man with a wide range of interests. http://blog.voc.com.cn/taozengyan/ He showed a flower show in one of the biggest park in Shanghai recently. I was impressed by his positive attitude towards life and his energy on taking and sharing these beautiful pictures with other people.

That’s the end of these three stories.:-)