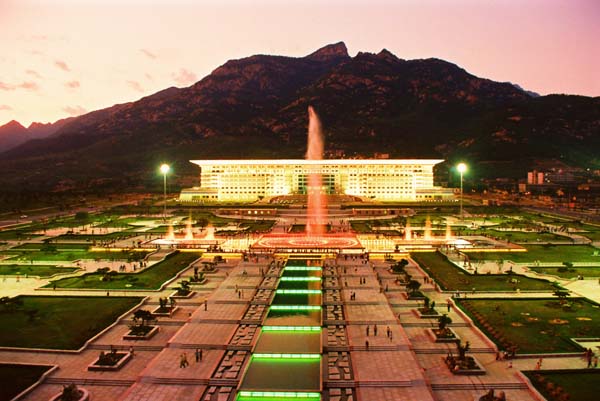 “Have you ever seen such a fancy government building?  Seeing the broad, stylish square in front of the Tai’An Municipal Government [in Shandong province], who would still dare to say that we Chinese are poor?!”

An example of what’s driving the Chinese economy: massive real estate projects intended to project power, respect, and wealth.  Apparently also a topic of some interest to Chinese BBS readers, nearly 200,000 of whom have read this thread posted on the Netease BBS on September 18.  The poster’s screenname is “News Commentator,” and his icon is a photo of Bill Clinton.  What I love about the big BBS is that they seem to bring together a diverse set of views.  Some of what’s below is hard to understand, frankly–especially the photo of what looks like self-immolation.

Beautiful!  This shows that Tai’An city has stepped into the ranks of the world’s most advanced cities.

Who took this?!  They didn’t even get the whole thing! It’s much bigger than this!…

I heard it cost more than 600 million RMB, not counting the square in front and the cost of several new roads that had to be built…if you go to the city to have a look it’s no different than any county-level city, but then this building is really up to standard…it’d even be worth a look in Shanghai.

Comrades!  No need to get envious!  With the right conditions, building another Tian’anmen Square would be no big deal.  That’s progress.

When acclaiming the greatness of the Great Wall, let’s not forget that it was built by the bodies of laborers.

The leaders have no shame.

A gift for the mayor of Tai’An, his entire family, and his elder and younger maternal aunts: 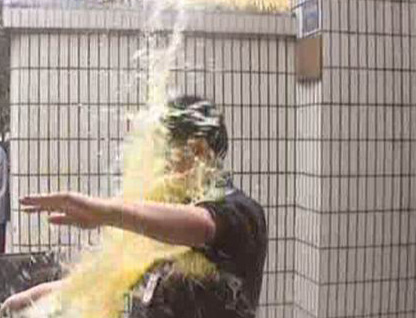 This is only one corner of the square.  Actually the square is even bigger than Tian’anmen!

All those kids who can’t afford to go to school, and all that money we’re asked to donate to the Hope Foundation, while our officials spend money hand over fist.  Very upsetting.

I’m very moved, as a Chinese, and proud to have such a wealthy and wise government.

The property management fee alone is more than 20 million RMB.

Shandong province? It’s the richest province in Chinese eyes, people there do have money.

5 comments on “on the BBS today: luxurious government buildings”