Why is it that one of China’s “classic” games of the past 4 years is still virtually invisible on the English language web?  I Googled it, I Google Blog searched it, I tried to Technorati it but couldn’t get through on this particular Chinese server, I Google News’d it, I Terra Nova’d it, I Pacific Epoch’d it (and I Donews’d it for up-to-date news in Chinese)…precious little my friends, precious little.

I’ve been hearing about “Moli Baobei” for years, and last night while doing an interview in Shenzhen was introduced to the official Moli Baobei/Crossgate 魔力宝贝 BBS on Netease. It’s got almost 500,000 posts on it, 14,000 alone of which are from the player I interviewed. Moli Baobei 魔力宝贝, which literally translated means “charming baby,” is known in English as Crossgate, and has been one of China’s most popular online games since it was launched in 2002. It’s run by the Japanese company Square Enix Co. (think Final Fantasy), and has anywhere from 14-16 million players in China from what I can find online. The player I interviewed used prepaid cards that allowed 72 hours of play and cost 32 RMB (about $4 US); there will also be a free play zone opening in August, according to Chinese news sources.

Moli Baobei/Crossgate 魔力宝贝 looks a lot like Runescape to me in terms of game play.  That is, it’s 2D figures who go on quests and interact in landscapes that look at about the same scale as Runescape. It’s not particularly violent, though there are plenty of things to fight and kill, and you can kill and loot other players under certain circumstances.  The overall design theme is Japanese Europeanesque fairytale characters and pretty fantasy landscapes, from Little Red Riding Hood-types to turreted castles. 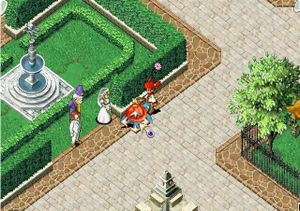 The BBS offers forums for exchanging virtual assets and avatars, instructions on how to set up your own guild 家族, tons of user tips on gameplay and hardware, walkthroughs, and in the “original works” forum, thousands of screenshots of self-penned or scavenged Crossgate and other anime-ish images that go beyond the game graphics and must be referencing something else (Final Fantasy characters?).  Some are scanned in by hand, most are copied from other sites, many are by Taiwanese artists–the first time I’ve seen this kind of cross-straits exchange actually though I’m sure it happens often enough. 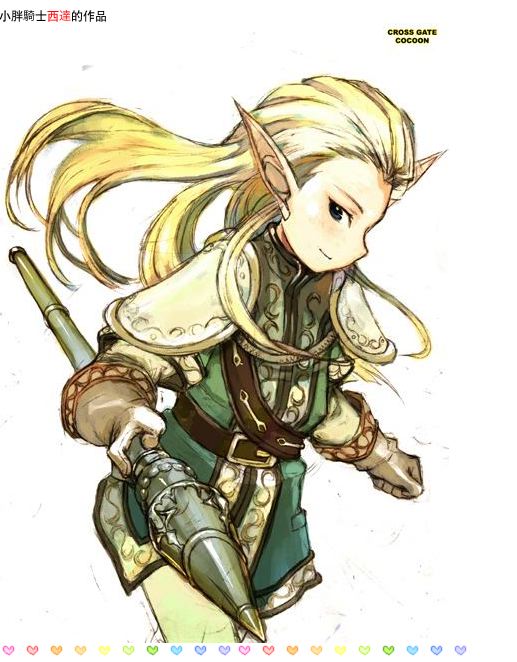 Other recent China gaming news comes from Gamasutra’s coverage of last week’s activities leading up to the ChinaJoy China Digital Entertainment and Expo on July 29, 2006 in Shanghai. Articles include What Chinese Gamers Look for in MMOs, The State of the Chinese Game Business, and Inside China’s Game Outsourcing Business.